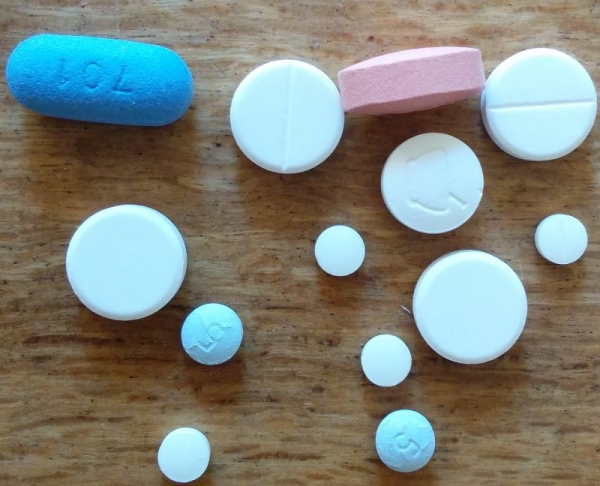 On a single day one in five clinics reported a stockout of HIV or TB medicines.

By Rejul Bejoy and GroundUp Staff

The public health system continues to have shortages of HIV and TB medicines, with nearly a quarter of clinics surveyed reporting stockouts in the past three months.

This was a finding of Stop Stockouts, which released its 2015 national survey of medicine supply shortages in health care clinics earlier today. The survey was published during the opening session of the National Health Assembly, which has gathered over 130 health care activists at the University of Western Cape this weekend. They will be discussing ways to address stockouts and to improve the health system.

Stop Stockouts was created in 2013 by several organisations* to monitor medicine shortages, and report these to the Department of Health. For the past three years, the project has annually collected medicine stockout data from clinics across the country.

Shortages of TB and ARV medication are especially concerning, as the treatment requires a strict regimen to be effective. Disruptions increase the chances for patients’ infections becoming resistant to the drugs, and failing to work. This can mean those patients then have to switch to more expensive or less effective treatments, often with worse side effects.

The survey used the term “high impact” to describe shortages that resulted in patients leaving the clinic without medication. Overall, nearly one fifth of all shortages were “high impact”. 70% of all ARV and TB shortages lasted for longer than a month.

The most common missing “essential medication”outside of ARV and TB drugs was the DTaP-IPV-Hib-HBV vaccine, which protects children from various conditions including polio, diphtheria, tetanus, and hepatitis B.

The 2014 survey found that medicine shortages were mostly because of poor supply chain management. This conclusion was based on the fact that the stockouts reported then were for multiple ARV and TB medicines with no national trends. The large variations in stockouts across districts suggests that supply chain management was still the main problem in 2015.

One of the worst stockouts in 2015, of an important ARV medication called lopinavir/ritonavir, lasted for months. The survey found that the shortage occurred because there was only one supplier of this patented drug and it could not meet demand. Following intervention from the Minister of Health, the company that holds the patent in South Africa, AbbVie, entered an agreement with an organisation called the Medicines Patent Pool to allow generic suppliers to enter the market. It remains to be seen if this will reduce stock-outs of the drug in 2016.

The survey also recommended how government can improve the shortage problem. These include direct intervention in the eight worst districts surveyed, finalising a national plan on the medical supply chain, making it easier for people to report stockouts and passing legislation to secure medicine supplies.

The Department of Health responded, after publication, to questions GroundUp submitted.

GroundUp: The 2015 survey by Stop Stock Outs, found that supply shortages were mostly due to supply chain mismanagement. How has the national department worked with provincial departments to ensure that such mismanagement does not continue to occur?

Department: The Stop Stockouts survey in 2015 actually reported a 10% stockout rate which is much better than previous surveys due to systems that have been implemented to monitor the medicine supply chain. The systems are explained above.

GroundUp: What is the government doing to ensure that generic suppliers of expensive drugs can enter the market? Are there any policy proposals in the works to address medicine stock outs.

Department: Where the volume of medicine is regarded as high or the supplier may not have sufficient capacity then tenders are split between suppliers. The Department also has a fast-track approval with the Medicines Control Council (MCC) for essential medicines of benefit to public health.’

* Stop Stockouts is a project of the Treatment Action Campaign, the Southern African HIV Clinicians Society, Rudasa, SECTION27 and the Centre for Health Advocacy Project.