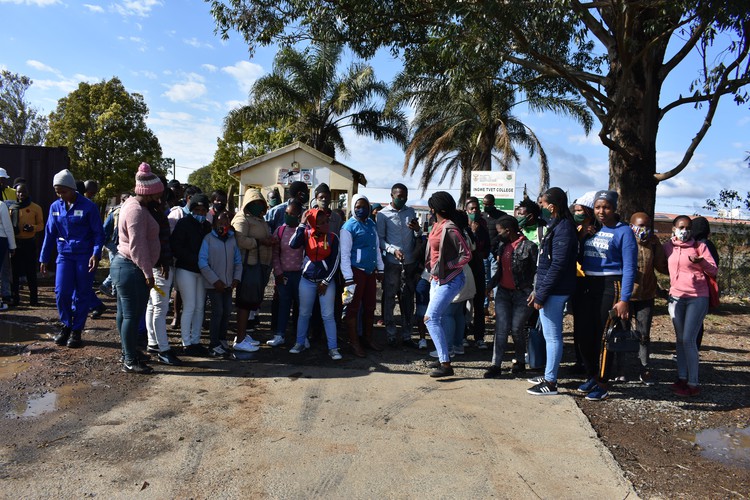 The principal has refuted the allegation.

“Our principal is the reason we are not getting our money on time. We also protested [in August] because we want to know why the principal is taking time to sign those [NSFAS] forms to confirm that we are his students,” said Lulamela Sithole.

She said that they were meant to receive R1,575 but were only paid R290. “We asked the principal to invite NSFAS employees to tell us what is happening. We closed the school because he doesn’t want to do that, that is why we believe he is taking our money,” she said.

Simphiwe Majova, Student Representative Council (SRC) president, said, “Students are being given R290 instead of the full allowances of about R15,000 per annum or R1,575 [monthly]. This has been happening since the beginning of the year and we have been engaging with management even during the lockdown. We want to hear from NSFAS officials because students want their money.”

Ingwe TVET principal Bheki Nkonyane refuted the claims by students. “Since 2019 students get their money straight to their bank accounts. To say I am taking their money is not true. The allowance they are complaining about has nothing to do with me,” he said.

Nkonyane said he has invited NSFAS to the campus this week to answer concerns raised by the students. “I asked for the list of students who are struggling to get their money and those whose profiles have been blocked so that I can speak to NSFAS on their behalf. The forms that NSFAS sends to me are for verification. They cannot just send money to student’s accounts without checking if they are our students. I signed those forms every time I get them,” he said.

CORRECTION: An earlier version of this article incorrectly Bheki Nkonyane as the Ngqungqushe campus principal. He is the Ingwe TVET principal.