Women who fought apartheid commend achievements of Fees Must Fall 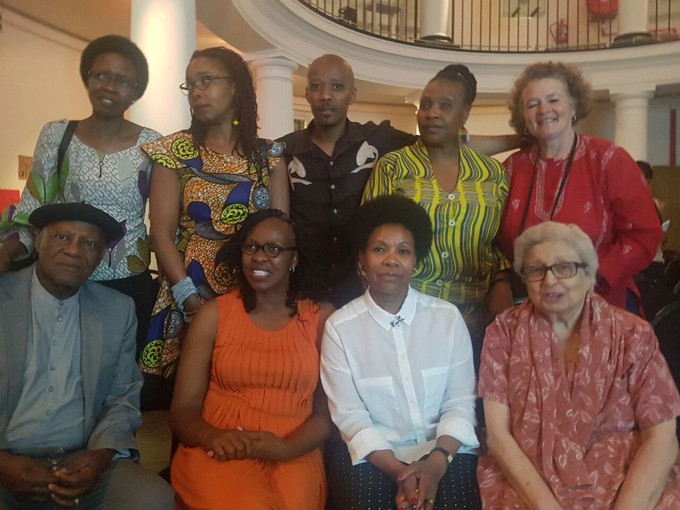 We stand here today, as black and white women, at the Women’s Gaol at Constitution Hill imbued by the spirit of our heritage. We stand symbolically with our arms outstretched to young people on all campuses across the country.

Twenty-two years ago we stood at the birth of our democracy filled with hope and expectation of a better world for our youth.

Women fought, were arrested, and exiled. Many were jailed at this very site for fighting for democracy and all the rights and freedoms that democracy would bring to our people now and in the future.

The youth of today are fighting a just cause and will not be quiet. They will not be the ones we come to call a “lost generation”. Their fight for free education is a fight to make our society a better one - it is not a selfish or a self-centered struggle.

It is a fight for this generation, the next generation, and the many generations of South Africans that are yet to be born. This is a deepening of our collective struggle against the status quo that the black majority are born into poverty, live in poverty and die in poverty.

We believe that Government has not done enough to listen to and understand the core demands made by students to our shared goal of creating a better South Africa, and a better world. There has been a lack of urgency and a lack of vision and imagination in resolving this crisis in the sector. Institutions have been left to manage the crisis with the only support being the security apparatus. We believe that our political leaders have failed us by relying on coercion rather than rational discourse and have so fuelled a deepening cycle of violence.

South Africa needs its universities to function urgently. We call for a cessation of all hostilities so that we can secure a climate for an inclusive discourse that moves us forward. We call on all to commit to a climate where genuine concerns, issues and challenges can be expressed and solutions found. We must commit to concluding the 2016 academic year and the writing of exams. Violence must be put aside for genuine engagement, for you to occupy the space for debate, and we must have civility within the rule of law.

You have brought into sharp relief the need for a larger conversation on the culture of policing in this country and the leadership of the police. We must address the plight of arrested, expelled, suspended and injured students and we call for instances of unprovoked violence against students to be investigated as a matter of urgency by IPID, and we call upon the SAHRC to investigate all abuses of human rights.

We learned from strong women before us to fight to restore the dignity of our people, and we need to take this struggle forward. Own your victories and build on them as we look to you to take that principled struggle forward. We want to be emphatically clear:

We as a collective of women are committed to contributing - with others - to the necessary and urgent dialogue to achieve this.