State of the art library to open in Dunoon

Libraries in poor communities have to be built from scratch 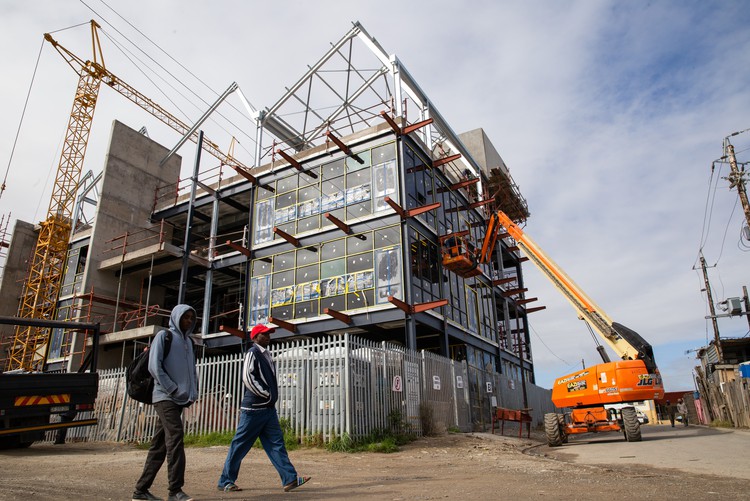 A R39-million, three-storey library is nearing completion in Dunoon. The library will use natural lighting, LED lights and a rainwater recycling system to flush toilets. Photo: Ashraf Hendricks

A R39.3-million three-storey library is set to open this year in Dunoon. The service is much needed. Schools in the area, such as Inkwenkwezi Secondary School, lack study space. Inkwenkwezi also has only a limited number of books, many outdated, according to Kwanda Chonco, who teaches grades 8 to 12.

Phaphama Ndlazi, a grade 8 student at the school, says he looks forward to studying English in Dunoon’s first library. “We can study at school, but there is not enough space for us to study … So some students don’t get to [study],” said Ndlazi.

The budget for the City of Cape Town’s Library and Information Services for the year is R30 million, of which R9 million will be spent to complete the Dunoon library. The rest of the library budget has to fund new materials, wifi hotspots, books and building maintenance. It is also covering an online public access catalogue for all 104 city libraries. This new system is accessible on any device with internet access and will allow users to see the whole library collection, across all branches.

Although all libraries will receive some of the library budget, the City does not have enough money to build libraries for all the communities that need them. Some suburbs such Nyanga or Delft have one or two libraries for tens of thousands of residents, whereas wealthier areas like Camps Bay have one library for a population of about 5,000.

Communities that especially need more libraries are harder to provide for as there are very often no buildings which can be renovated and turned into libraries. Libraries such as Dunoon’s are built from scratch.

“An investment like Dunoon is very expensive because you’re not building in part of a complex or an existing structure … You also need to build underground sewerage and electricity,” says Mayoral Committee Member JP Smith.

Smith said the City is trying to improve the quality of existing libraries by buying e-readers for patrons to use, providing more books for young children and teens, and fixing water damage and adding toilets.

“Libraries are at the heart of our communities. They provide invaluable resources, encourage knowledge and support learning. The money spent on these facilities is an investment in the education and empowerment of communities,” said Smith.

GroundUp spoke to avid library user Annah Chibondo, a grade 12 Rhodes High School learner, who uses the Central Library in Cape Town. It is a safe and quiet space for her to study. She said she studies here almost every weekend. Chibondo, who loves romance and comedy books and movies, hopes to study medicine after secondary school.

Makhi Mkhetho, a hip-hop artist, goes to the Khayelitsha Library, not for books but for beats. He sources new material, sends out emails and promotes himself and his new mixtape – When Days are Dark – thanks to the facilities provided by the library.

“I am working on my mixtape so I’m collecting beats and contacting other producers in Cape Town,” Mkhetho told GroundUp. By using the library computers, Mkhetho, known as Kideo on stage, is able to pursue his dreams. 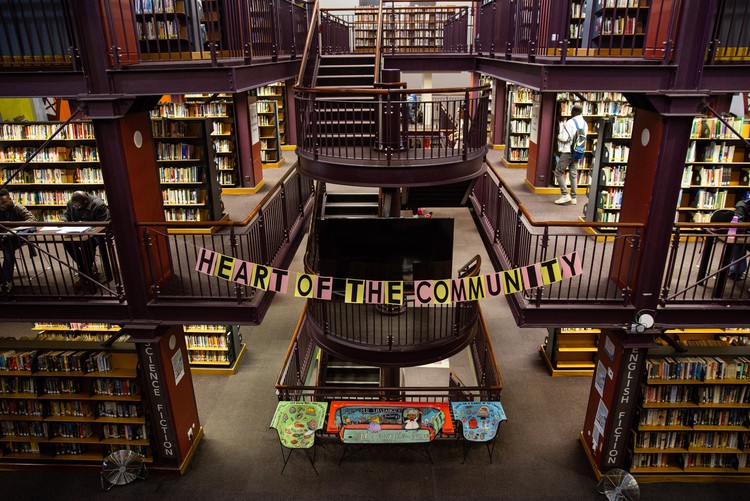 Many learners and students study in the quiet and safety of the Central Library in Cape Town. Photo: Ashraf Hendricks