Standoff between management and student protesters at DUT

“It’s either they listen, sort out the issues at hand, or we pause everything” - SRC member 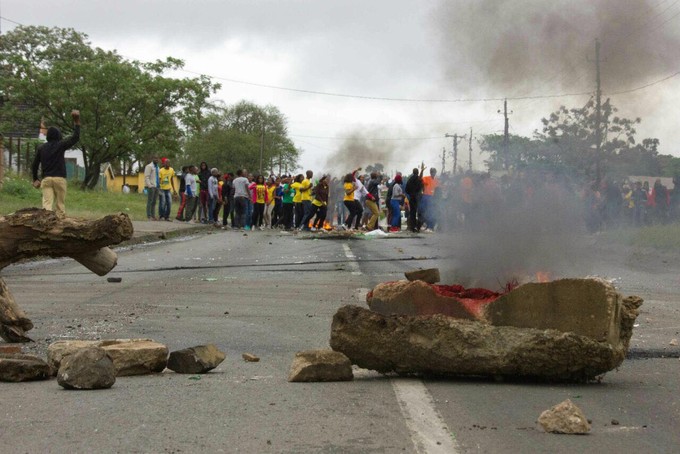 Protesting students at the Indumiso campus of the Durban University of Technology (DUT) in Pietermaritzburg say that no exams will be written if their issues are not addressed. They have been protesting since Monday.

FJ Sithole and Selby Msimang Road were blocked with stones and burning tyres yesterday. The university has been closed and police are monitoring the campus.

Nyaniso said: “We have been ignored for a very long time. By embarking on a protest we are calling for attention from government. Thousands of students in residence are living in bad conditions. The residences we are using are not conducive [to studying]. They are filthy and in an appalling conditions. Hot water is not available for months and the management knows. We have tabled that with the management but they have turned a blind eye on that issue. We have unregistered students that have been told by the management to vacate the institution by Wednesday. Those students have been given a mandate to leave the school but they do qualify to write exams. That is unfair and we won’t allow that to happen. No one will write exams and we will stop all the processes in the pipeline for this semester. It’s either they listen, sort out the issues at hand or we pause everything,” said Nyaniso.

DUT’s Branch Secretary of the Young Communist League Ngqondo Mkhathini said they were not violent during their protest yet they were attacked and shot at by police. This is however disputed by South African Police Service spokesperson Captain Thulani Zwane. He said police are only monitoring the campus and no violence have taken place.

Senior Director of Corporate at DUT Alan Khan told GroundUp that the campus has lost a week of lectures due to violent student protests. “The final exams season is scheduled to commence on Monday,” he said.