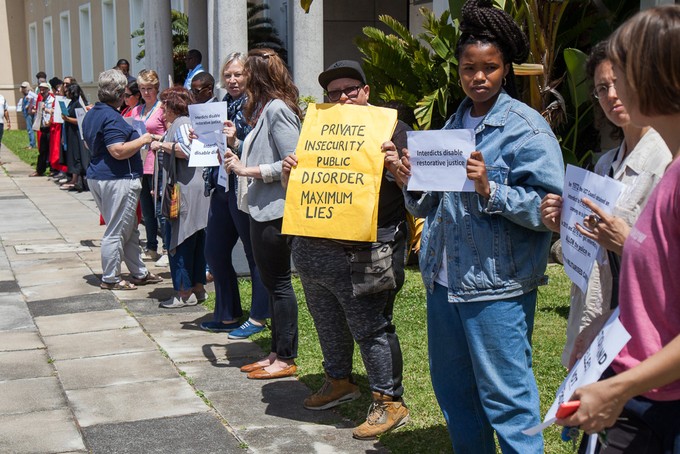 Staff at UCT picketed against an interdict against student protesters obtained by the university. Photo: Ashraf Hendricks

This response to Judge Dennis Davis’s recent article on GroundUp is endorsed by 31 UCT academics. The list of names appears at the end of the article.

Judge Dennis Davis’ opinion piece on the Fees Must Fall protests (Academics and the Fallist movement, 4th November 2016) raises some important questions in a sometimes thoughtful way, but at other times appears to bankrupt its own argument by an excess of reductionism and broad generalisation. It takes a broadside at academics who have not been willing to join the stampede calling for the securitisation of our campuses and, strangely, blames them, rather than the main protagonists, for the outcomes of the protest movement. In the end, this kind of argument is ironically not very different from the extreme radicalism that Judge Davis castigates amongst the students. Here’s how it goes.

At the end of the day, Davis’ argument is that if you are not part of the dominant narrative, then you are part of the problem. How different is this from his characterisation of the student protestors as undemocratic demagogues who brook no dissenting views and reject mandates?

All the following signatories are members of the Staff for Social Justice in Education group at the University of Cape Town: