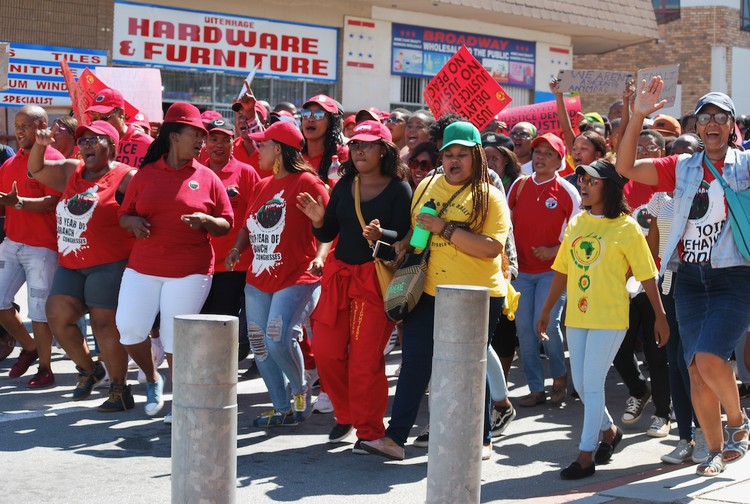 In a memorandum to the Department of Higher Education and Training, the protesters complained of racism, nepotism, fraud and corruption.

Councillor Lunga Nombexeza, regional secretary of South African Communist Party (SACP), standing on the back of a pickup truck, said, “We want to see the qualifications of all the people inside this institution. We also want an audit of their lifestyle … They are thieves.”

“We also want to see a report from supply chain management … stating who benefits from tenders and from where are they from.”

“The instability within this institution never started this year or last year,” he said. “Instead, it is increasing, day in, day out, because the management is refusing to sit with the leadership and find a solution … That is why today you see this chaos.”

“If there is no money to pay us accommodation allowances, where is the money coming from to pay security guards during protests?” he asked.

Ngubelanga said he would pass the memo on to Nzimande.

Principal Charl van Heerden said the memorandum was addressed to the Department of Higher Education and Training and not the Eastcape Midlands College (EMC).

On Monday, teaching remained disrupted by the ongoing student boycott although staff had returned to work.