Large water tanks are emptied in a matter of hours, says community leader 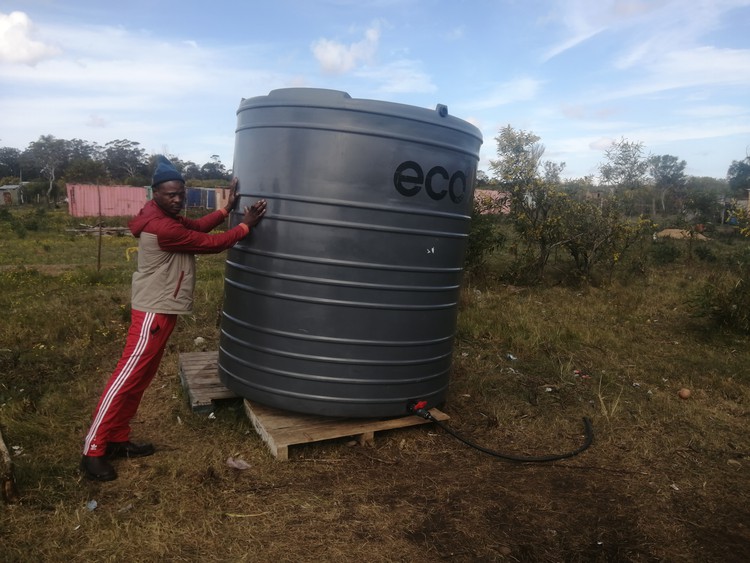 A warden at St Albans Correctional Centre in Port Elizabeth has raised the alarm over water shortages and overcrowding at the facility.

“Our working conditions are not [good] and I hate being there. For six years I have been working here but never experienced a water crisis like this one. This prison is too big and the demand for water is very high,” she said.

Since the start of September, residents of Nelson Mandela Bay Municipality have been experiencing Day Zero. The situation is worse in areas like St Albans, and in KwaNobuhle, Uitenhage, with tanks delivering water to them daily.

The warden at St Albans prison, who spoke to GroundUp on condition of anonymity, said their problems predate the city’s Day Zero.

The warden described scenes of “chaos” with both staff and inmates battling to get sufficient water. She said maintaining physical distance was also not possible because the prison was at full capacity.

“Everybody was rushing to be first at the queue to get water from the tankers. We had to carry as many buckets as possible to get more water to flush the toilets and to shower,” she said. She said the release of some prisoners on parole to slow the spread of Covid-19 made a difference.

“I share a toilet with four prison wardens. When there is no water, the poo piles up in the toilet and causes a huge stink. … We also have to boil the water to bath. When we do laundry with the washing machine, we have to pour water with buckets. This is time consuming and tiring,” she said.

The prison is opposite the St Albans informal settlement which houses over 1,000 shack dwellers and five water tankers with a capacity of 5,000 litres each.

Community leader Phila Ntloko said they had gone a week without any water and some people resorted to going to the primary school to ask for water. Ntloko said their tanks are only filled halfway because drivers say they have to deliver to surrounding farm dwellers who are also in need of water.

“Some of the farm dwellers even come here and draw water from our tanks. In less than three hours water is finished. Those who come from work late get stranded and go to the nearby St Albans Primary School to get water,” he said.

Zamikhaya Skade, provincial secretary of Police and Prisons Civil Rights Union said: “There are serious water challenges there that make it difficult to cope under those conditions. But the water tankers are being sent to the prison.”

Nobuntu Gantana, regional coordinator of communications for Eastern Cape Department Correctional Services acknowledged that the prison has been hit by the municipality’s water crisis.

“The Department has put contingency plans in place to address the challenge. The department uses trucks to fetch water for inmates and staff residing on the premises. There are also Jojo Tanks on the premises. Water is made available for eating and ablution for both officials and inmates,” she said.

Last Wednesday the municipality released a statement on intermittent water disruptions. Mayco Member for Infrastructure and Engineering Mongameli Bobani said the disruptions were “due to water shortfall from stressed resources such as the Loerie system”. (The Loerie Dam is one of the five supplying water to the Nelson Mandela Metropolitan Municipality.)

He said that areas supplied by the Loerie system would experience intermittent water after supply dropped from an average of 70 megalitres to about 18 megalitres per day. “As an emergency continuity plan, residents in KwaNobuhle have got seven water tanks. St Albans informal settlements will be supplied through water trucks and Jojo tanks.”

On Monday morning, municipal spokesperson Mamela Ndamase said the water was back on but that it would be “subject to interruptions”.