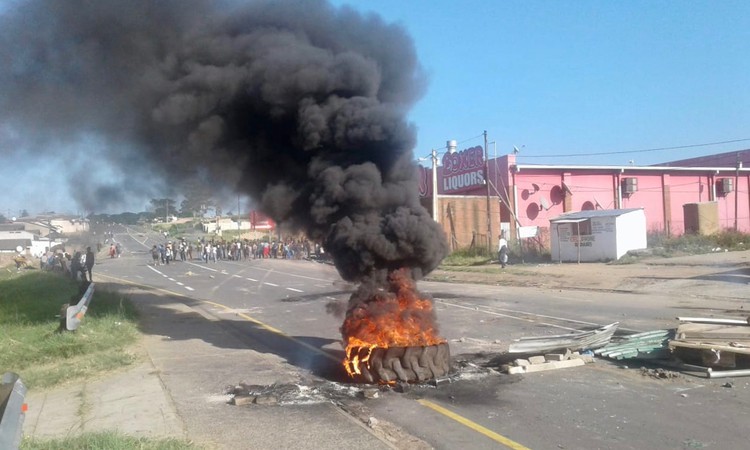 Protesters demanding speed bumps and a traffic light near the Boxer supermarket in Folweni, south of Durban, brought Esabelweni township to a standstill on Monday.

Protesters burnt tyres and blocked Sbu Magwanyane Drive. They said old people and children have been killed crossing the busy road on their way to the supermarket and to the local taxi rank.

One of the protest organisers, Thembekile Mchunu, said the issue had been raised with the ward councillor on several occasions but nothing had been done.

Teaching and learning was disrupted at several schools in the area as most teachers and learners use the road to get to their schools.

Ward 95 councillor Thokozani Xulu (ANC) said, “I have been made aware of the protest but I have not met with the protesters. I have to meet with them first before I give you a comment.

KwaZulu-Natal police spokesperson Captain Nqobile Gwala said, “About 300 people are currently protesting in the area but the police are closely monitoring the protest. There hasn’t been any arrest made or case of damage opened.”

EThekwini Municipality had not responded to GroundUp at the time of publication.