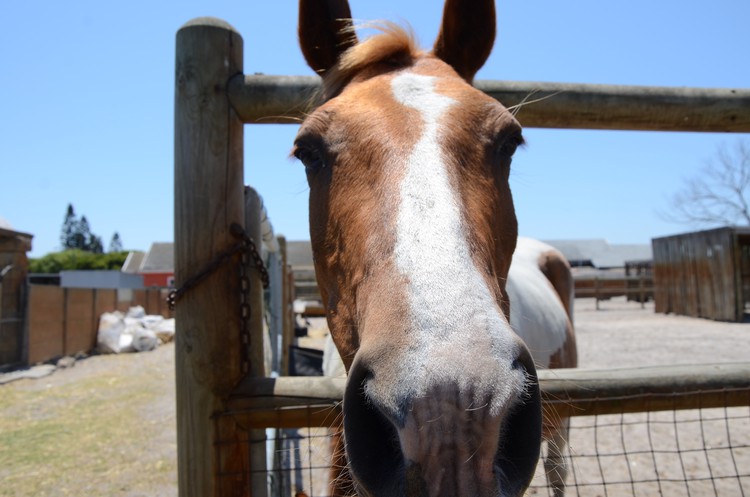 Some SPCA branches have Horse Care Units, where horses and ponies that have been abandoned or abused are nursed back to health before being re-homed. Photo: Roxanne Joseph

A cut in funding from the Lottery has forced the SPCA (Society for the Prevention of Cruelty to Animals), to reduce its free services, including the work it does in poor communities.

Since its launch 62 years ago, one of the services it has offered is the care and treatment of beasts of burden, like donkeys, horses and oxen, which many people in rural and other marginalised communities depend on to work the land and for transport.

For the past 15 years, the SPCA and its branches across the country have received tens of millions of rands in funding from the National Lottery Commission (NLC). But in 2017 that funding was cut after the NLC announced a shift in its focus to poverty relief, leaving the SPCA and other animal welfare organisations scrambling to make ends meet.

Marcelle Meredith, the Executive Director of the National Council of SPCAs, described the decision as “short-sighted and inexcusable”, in a statement released at the time the NLC announced the change in its focus.

“We found out via the media that animal welfare organisations were not being considered for funding for 2016/2017,” Meg Wilson, the SPCA’s Head of Communications, said in an email last month. The organisation was then informed that applications for funding within the charities sector for 2016/2017 would focus on areas aligned to the National Development Plan, which “only included helping vulnerable people and crime prevention”.

After writing to the NLC to query the decision and voice its concerns, the SPCA received this reply: “Unfortunately, Animal Welfare is not one of the focus areas for this year’s open call for applications, and therefore your application will not be accepted this time around. The criteria also excludes some other sectors for this call.”

The NLC responded directly to the SPCA’s concerns with a statement several months after the initial announcement, which encouraged beneficiaries to “find other sources of funding so that they do not build a dependency and an entitlement to NLC funding”.

Animal welfare has once again been excluded from the next round of funding applications (2017/2018), according to an advert on the NLC’s website. Despite this, the SPCA is applying for funding, according to Wilson. “The [SPCA] does enforce the law and in some of our portfolios, we do prevention and early intervention for the vulnerable.”

The work done by the SPCA and animal welfare organisations may not seem to fit in the category of poverty relief, but the SPCA has been providing free services for the animals of poor people since 1955.

This care is not only aimed at domestic animals; the SPCA also treat and care for beasts of burden — horses, donkeys and oxen — which their owners use to grow food, earn a living, and for transport. They also treat cattle, sheep and goats, which people depend on for food and meat.

“Just looking at the impact that the illegal donkey skin trade has on communities, as well as the direct link between violence against animals and humans, the effect that the SPCA has in the work that it does far exceeds just animal welfare,” said Wilson.

The loss of such a significant source of funding has had a major impact on branches across the country, including Grahamstown, Empangeni and King William’s Town. These branches work in multiple rural communities, assisting hundreds of animals each month.

In Grahamstown, the organisation works with a large rural community, running outreach programmes, offering vaccinations and sterilisations, visiting schools and meeting with local groups. They also work alongside other welfare organisations and local vets.

“We form connections within the communities to better understand their needs,” said centre manager Mark Thomas.

In the past year the branch has been focused on the trade of donkey skins throughout the area. The skins are exported to China, where they are in high demand because of pseudo-scientific beliefs about their medical properties.

Thomas described the impact of the trade as “detrimental” because of the reliance of these communities on donkeys for all forms of transport. The donkey population between Grahamstown and Peddie has been decimated and there are very few donkeys left there. But the SPCA continues to offer support to other communities and their animals, he said.

Sufficient funding has, until now, enabled the organisation — and others like it — to work in communities that are affected by the donkey skin trade, and educate people on how to properly care for their donkeys and farm animals. Communities were also educated on how to spot the signs of a possible trader.

“These donkeys are a massive part of these people’s lives,” said Tara McGovern, a spokesperson for the SPCA Cape of Good Hope branch. “They are loyal beasts of burden, and are used for vital community activities like transport and trade.”

The decision by the NLC does not make sense because “animal welfare is inextricably linked to human welfare” and the alleviation of poverty, throughout South Africa, she said.

The Lottery has allocated R138 million to animal welfare organisations since 2002, which is 1.29% of the total R10.7 billion allocated in the charities category of the NLC’s funding. While NLC funding of the SPCA has varied over the past 15 years, it has remained an important source of financial support for the organisation throughout that time, allocating a total of R128 million.

The SPCA receives no funding from government and relies on Lottery funding and the generosity of the public to ensure that it can continue the work it does.

Wilson said: “It is a dire time for the organisation. And although we work tirelessly to raise funds because we know that Lottery is not a guarantee, without that funding, it can be detrimental to the organisation.”

The SPCA takes in more than 237,000 animals each year. In 2017, it responded to over 42,000 complaints of cruelty. In the past, funding from the Lottery has been allocated to buying vehicles that are used to transport animals and reach outlying communities. The funding is also used for outreach projects, property maintenance and upgrading, veterinary costs, animal handling equipment and salaries, among other expenses.