The company says workers were paid “based on productivity” but will now get a more traditional, time based payment 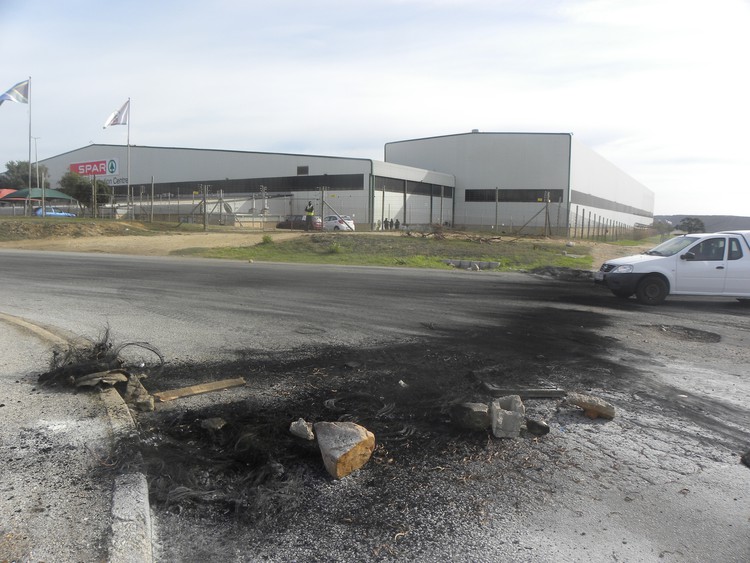 The six-week strike by members of the the Transport Retail and General Workers Union at the Spar distribution centre in Gqeberha has ended. Workers agreed to a different payment plan. Archive photo: Joseph Chirume

A six week strike by more than 130 workers of Spar distribution centre in Gqeberha has ended after they reached an agreement with management last week.

Workers had demanded a salary increase of 8.1% and the employer was offering 3%. The workers said their distribution centre branch paid a salary of R5,300 per month while other centres paid about R12,500.

The striking workers are members of the Transport Retail and General Workers Union (THORN). Regional organiser, Berito Juku, said they called off the strike because the employer agreed to introduce new salary structures and benefits.

Juku said the strike was protracted by Spar’s management who wanted to take disciplinary action against 99 workers. “The company wanted to charge 99 members but we negotiated and the number was reduced to 37 workers. We will defend these workers because we can’t allow our members to be charged or dismissed for things that happened during a protected strike.”

Mandisa Mbikwana, Human Resources Development Officer for Spar Eastern Cape, said the company withdrew the lockout which it had imposed against the workers.

“The strike related to the union’s demand to bargain – which the company was and remains unwilling to accede and not a salary increase,” she said.

Mbikwana said the workers were previously paid “based on a productivity scheme” but that Spar has since agreed to revert to a more traditional, time based method of payment. She said the company was still pursuing disciplinary cases against several union members for misconduct and disruptions caused during the strike.