Five years of “disturbing” inaction by the Hawks and NPA 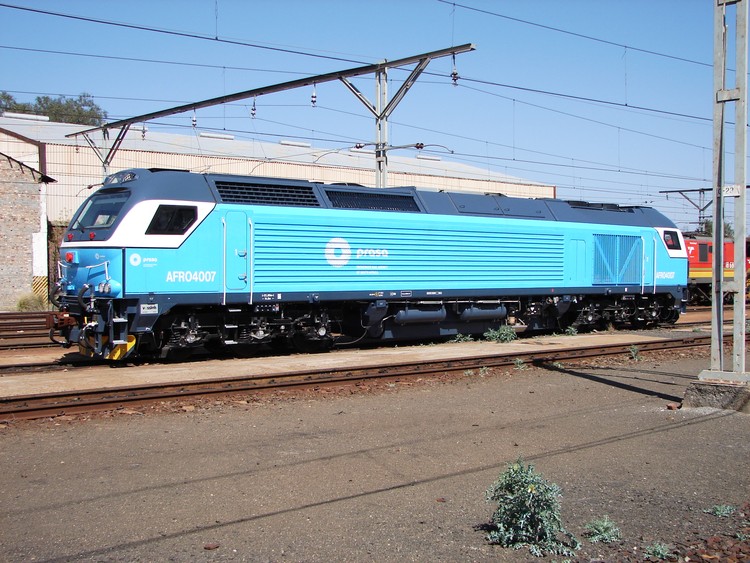 The Spanish authorities are investigating corruption at the Passenger Rail Agency of South Africa (PRASA). Meanwhile South African law enforcement – the Directorate for Priority Crime Investigation (the Hawks) and the National Prosecuting Authority (NPA) – have taken no action for five years.

On 25 July, South Africa’s Department of Justice announced that it received a request for mutual legal assistance from Spain regarding “alleged corruption by Mr Makhensa Mabunda and others, acting on behalf of PRASA for the supply of locomotives by a Spanish company, Vossloh Espana Sau”.

According to the press release, the NPA and Interpol are gathering evidence. It stated that “a court date is awaited from the office of the DPP [Director of Public Prosecutions]”.

Mabunda was one of the key organisers and profiteers from the Swifambo deal, which resulted in PRASA buying locomotives that came to be known as the “too-tall trains” deal. The deal was not just corrupt and fixed in favour of Vossloh España, but the locomotives, which were meant to service long-distance routes, exceeded the maximum height for South Africa’s lines. The locomotives were also a danger to the trains and to rail infrastructure.

PRASA paid R2.7-billion to Swifambo, the front company set up by Vossloh. Swifambo transferred R1.8-billion to Vossloh. In return, PRASA received 13 locomotives (R200-million per locomotive), none of which could be operated safely.

The Zondo Commission heard evidence that Mabunda’s S-Group of companies received over R1-billion from PRASA for various contracts.

Commuter activist group #UniteBehind told GroundUp that they “applaud the Spanish government and its criminal investigation authorities for finally taking action on corruption that was part of the destruction of commuter rail services in South Africa”.

Since 2017, #UniteBehind has been calling for the prosecution of Mabunda and others involved in the Swifambo deal. It picketed in 2019 outside the NPA’s offices, and outside the German consulate. In 2015, Vossloh España, based in Valencia, was sold by its German parent company, Vossloh, to Swiss rail company Stadler Rail AG.

The Hawks and NPA have thus far failed to prosecute any people responsible for the Swifambo/Vossloh España tender.

In 2018, the then-PRASA chairperson Popo Molofe won a case against the Hawks to compel the agency to finalise investigations into the Swifambo deal, among others. Despite this, no further action has been taken.

Ryan Sacks, a forensic auditor appointed by the Hawks to investigate the Swifambo deal in 2015, told the Zondo Commission a flow-of-funds report was given to Brigadier Mmeli Makinyane and another member of General Alfred Khana’s team on 19 April 2017. After that Sacks heard nothing further from the Directorate for Priority Crime Investigation.

Chief Justice Zondo rejected the explanation by the Hawks on the stalled investigation into Swifambo, saying that it did not stand scrutiny, and that the Hawks inaction was “disturbing”.

Judgments – in the High Court in 2017 and in the Supreme Court of Appeal in 2018 – found that Swifambo was a front for Vossloh España, and that the deal was riddled with corruption, with people working from inside PRASA to fix the deal for Vossloh/Swifambo. The SCA found that “Swifambo’s real role was undoubtedly to enable Vossloh to become the real bidder for the tender”.

The Zondo Commission heard evidence of Mabunda’s involvement in the Swifambo deal from the outset, when Mashaba, who would become Swifambo’s CEO, was approached by Mabunda to lead the front company. Mabunda was a former colleague of Montana in the Department of Public Enterprise.

Despite this background and the scandal surrounding the “too-tall trains” deal, PRASA Chairperson Leonard Ramatlakane wants to use these trains. In March 2020, GroundUp reported on PRASA and the Department of Transport’s efforts to keep the deal alive. Ramatlakane alleged that the reporting on the locomotives’ unsuitability was based on false information. But Ramatlakane’s claims have been rebutted by Pieter-Louis Myburgh, the journalist that broke the too-tall train story.

“None of the companies and people involved should be allowed to profit from the racketeering and corruption,” #UniteBehind told GroundUp.

GroundUp sought comment from the Spanish prosecutors, who said they could not comment. The NPA, Hawks, and Mabunda were contacted but did not respond. Interpol told GroundUp that it “does not comment on specific cases or individuals except in special circumstances and with the approval of the member country concerned”.