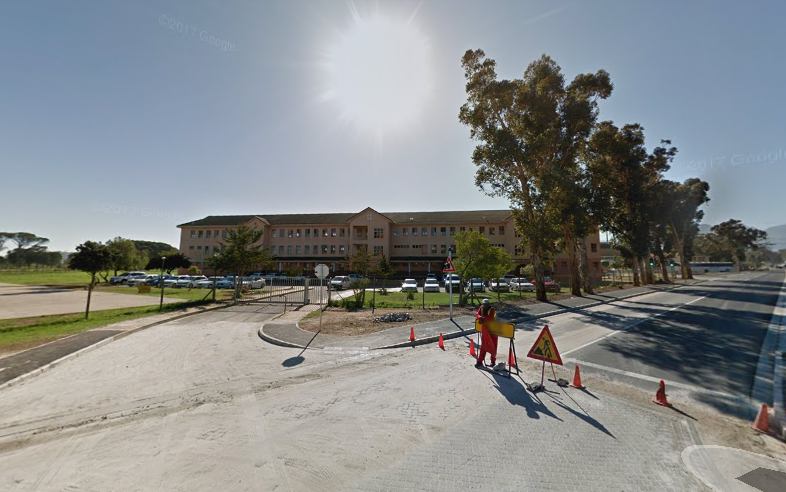 Johnathen Brown, a member of the Danie Ackermann Primary School (above) governing board, says the Department of Transport and Public Works has delivered the first building materials to commence the construction of the pedestrian bridge. Photo: Google Maps

Residents in Somerset West have been agitating for a pedestrian bridge over the N2 at De Beers Avenue for nearly 30 years. In March last year, GroundUp reported on an incident in which a grade 7 learner was hit by a motor vehicle while crossing the N2.

On Wednesday, spokesperson for the provincial Department of Transport and Public Works, Byron la Hoe, told GroundUp that personnel were on site, waiting for a permit from the City to start work on the main water line.

Yet it will be some time before the public and children going to Danie Ackerman Primary can safely cross the busy national highway by bridge.

La Hoe said that the estimated cost of the steel arch bridge is R22 million and the estimated duration for construction is 15 months.

In a statement, EELC said that the pedestrian bridge will ensure that train commuters and learners from Garden Village who attend Danie Ackermann Primary School and Gordon High School, can safely cross the busy N2 when going to school in peak hour traffic in the morning.

“This comes after continuous engagement between EELC, on behalf of Danie Ackermann Primary and the Gardoncar Association, and the Western Cape Government since 2017,” said the statement.

Residents had expected construction to start in 2018 and they staged a protest in April this year over the lack of feedback from SANRAL and the Western Cape government.