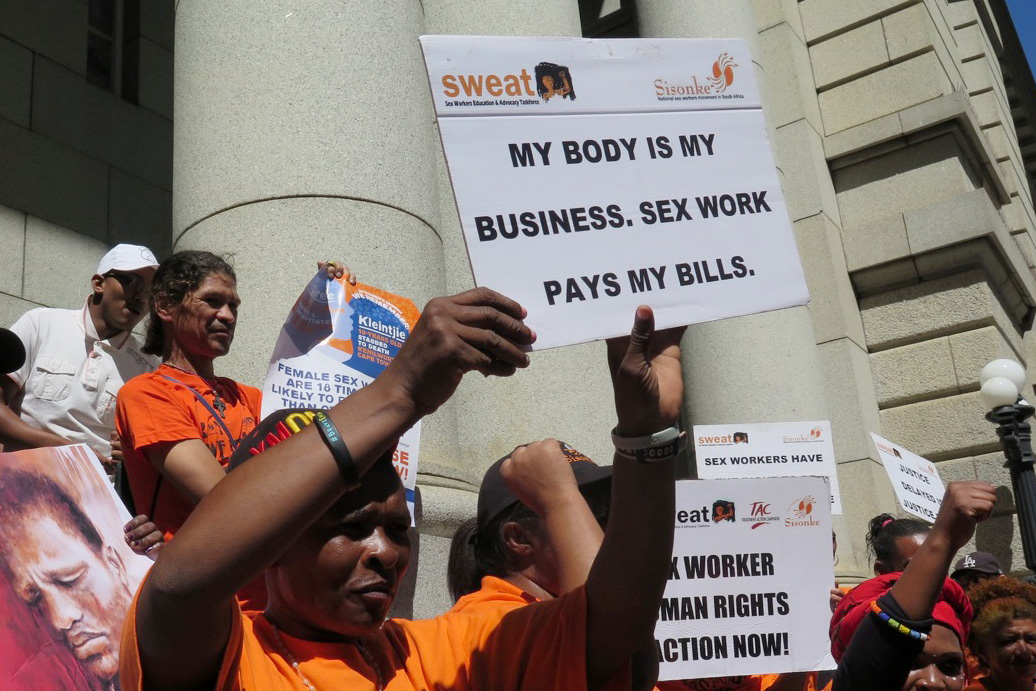 SWEAT and Sonke Gender Justice have called for sex work to be included in UIF relief during the lockdown which starts today. Archive photo: Ashleigh Furlong

Note: South Africa is currently in lockdown. Travelling outside your house to have sex is strongly discouraged. Virtual sex is safe.

“My clients are both men and women. They found having to wear gloves and masks fun and an interesting way to have sex,” says Joseph, who has been a sex worker in Cape Town for eight years.

Before President Cyril Ramaphosa announced that the nation would go into lockdown on Friday, Joseph, like many other sex workers who regularly visit lobby and activist organisations like Sex Workers Education and Advocacy Taskforce (SWEAT), were given tips about how to protect themselves and their clients from Covid-19.

“They told us no kissing. That we should use hand sanitisers and also find creative ways to have sex,” said Joseph.

He says that since the state of national disaster was announced two weeks ago, his clients have been scared to see him. “In the past two weeks, I would say I’ve been making 10% less than I usually make.”

Joseph supports two children and says he is mostly worried about being able to pay for food.

During the lockdown, non-essential service workers will have to stay indoors and avoid contact with others for 21 days.

While workers from other sectors can apply for relief to the Unemployment and Insurance Fund (UIF) for loss of income, sex work is not recognised legally by the state.

A statement released by SWEAT, Sonke Gender Justice and the National Movement of Sex Workers this week expressed concern with “how sex workers are missing from the general conversations about support for workers throughout the pandemic and lockdown”.

According to a 2013 study done by SWEAT, there were 158,000 sex workers in the country at the time, most of whom were “female sex workers who support up to seven dependants with the income they make through sex work”.

“We call on the President to make urgent provision to the ‘Temporary Employee Relief Scheme’ to include sex workers because sex work is work and they too need help as their livelihood has been disrupted,” the organisations stated.

The statement also called on the Department of Justice and Correctional Service to “fast-track law reform processes and decriminalise sex work”.

For now Joseph, has moved to market his services online to international clients, which he hopes will help bring in some extra money to feed his family.