Some immigrant children are still being turned away from schools

In spite of assurances from Home Affairs and Basic Education, children without documents are still battling 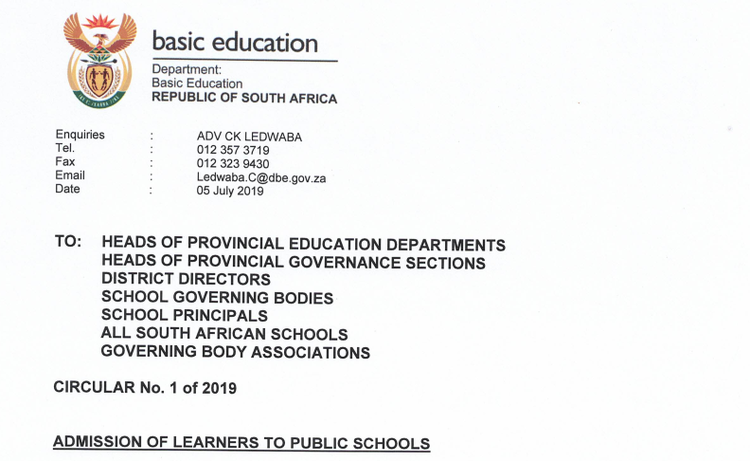 The Department of Basic Education is ignoring a court order and Minister of Home Affairs instructions to enrol refugee children who do not have documents.

In July last year the Acting Director General of the Department of Basic Education, SG Padayachee, sent a circular to provincial education departments, schools, school principals and school governing bodies explaining that all children must be conditionally admitted to school while parents tried to get documents. This was confirmed in October by Minister of Home Affairs Aaron Motsoaledi in an interview with GroundUp. “Every child who needs to go to school must go,” he said.

And in a ruling in December, Judge President Selby Mbenenge in the Grahamstown High Court prevented the education department from removing or excluding from schools “children, including illegal foreign children, already admitted, purely by reason of the fact that the children have no identity document number, permit or passport, or have not produced any identification documents”.

But some schools are still turning away immigrant children without documents.

Rwandan asylum seeker Marie (name changed), is a single mother of four children who moved to the Western Cape in 2013. She told GroundUp that her online application for a grade one place for her youngest child had been rejected in 2019 because of a lack of documents. She herself has an asylum permit she renews every six months. Her child was born here but she is struggling to get the child’s birth certificate from Home Affairs. Ingabire has been to the Western Cape Education Department where she says she was told she could not enrol her child without a study permit.

“Last year my child did not go to school. This year she is not going to school again because of documents. Every school here in Parow and surroundings wants documents for the child.”

One of the administrators at Parow West Primary, where Marie applied, said the school had not received any communication from the national education department. “So until we receive communication we cannot take undocumented children.”

The spokesperson for the Western Cape Education Department, Bronagh Hammond, told GroundUp that the department had received the department circular and was drafting its own instructions to schools.

GroundUp has also received a complaint from Chipo Chikava who has been struggling since last year to get her daughter enrolled at Umtiza High School in East London. “The principal is demanding a study permit,” she said.

Spokesperson for the Eastern Cape Education Department Loyiso Pulumani confirmed that this was “irregular”. He promised to look into the case and said similar cases should be reported to the Eastern Cape District Director at the Buffalo City Municipality.

The spokesperson for the African Diaspora Forum, Amur Sheikh, said that at a meeting with Motsoaledi on 5 December 2019, “the Minister assured us no child will be denied basic education due to lack of papers. Last year we received similar reassurance from the Basic Education Minister. But unfortunately, the situation is still the same if not worse for many immigrant students in all provinces.”

“In many Gauteng schools we visited, the principals were complaining that the department was making sure that all learners are properly documented before they register, which contradicts the minister of Home Affairs and department assurances to us.”

GroundUp wrote to Basic Education spokesperson Elijah Mhlanga, copying some of his colleagues, on 22 January but he did not respond. We later phoned the department’s information office and were advised to leave name and contact number, but we have not yet heard from the department.