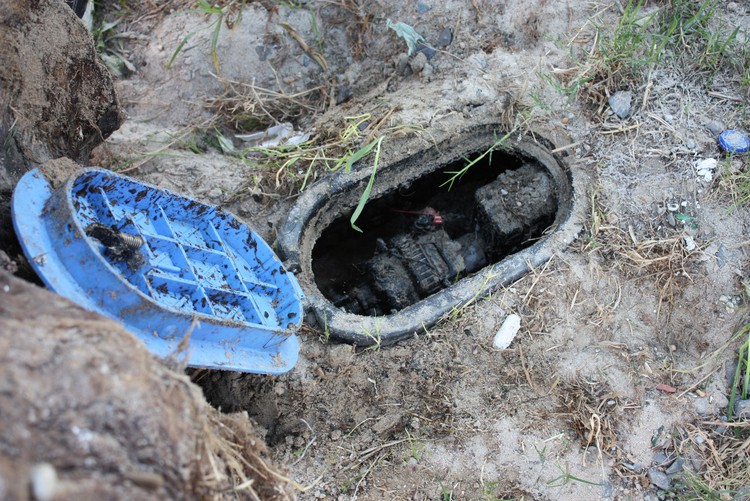 Residents of Ilitha Park say their taps have been running dry every night for months. GroundUp spoke to several residents. Some believed it was because of the water shortage in Cape Town, others were not sure.

“From 7pm the water is cut off,” homeowner Fatimah Kiviet said. “Then at 4am the water comes back.”

Since the problem started in February, her family of three has resorted to filling a 20-litre bucket of water in the evening so they can drink, wash, and flush toilets during the night.

She also said her neighbours, who live further uphill, often don’t have water until as late as 6am, meaning they have already left for work. “We’ve really got a problem with water,” Kiviet said.

Several residents and homeowners said their taps also ran dry in the late evening. One homeowner, who had built flats in the rear of his property, said when water did return, the pressure was often too low to be useable.

In Cape Town, residents who cannot pay for their own water are limited to a daily consumption of 350 litres per day as “indigent” households. None of the residents GroundUp spoke to had “indigent” water metering devices on their properties.

Ward councillor Xolisa Peter said that she had not heard of the problems and encouraged residents to come to her office to lodge their complaints. “They need to come to my office and explain,” she said. “I can’t talk generally. I must talk about specific cases.”

Mayco Member for Water Xanthea Limberg said that residents in Ilitha Park were not experiencing water-shedding. “The City’s aim is to adjust our system so that as many people as possible are supplied at as low a pressure as possible. This may result in temporary supply interruptions, especially in high-lying areas of the supply zones,” she said.

She encouraged residents to report supply interruptions and said the City would “investigate” the situation.

“As we have never dropped pressure to this level before, finding the pressure range that works best unfortunately involves an element of trial and error,” she said.