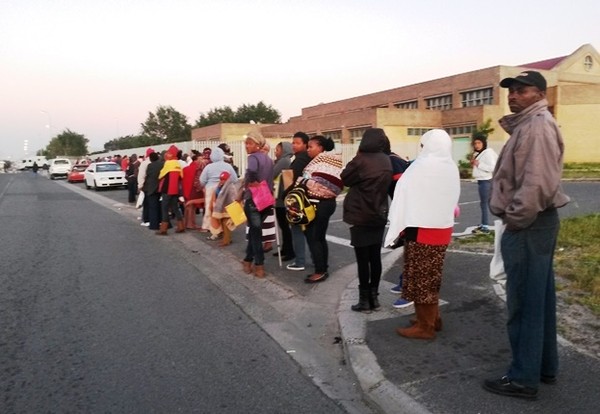 Minister of Social Development Bathabile Dlamini is soon to make an announcement about the payment of social grants by the SA Social Security Agency (SASSA), amid fears of a disaster when the agency is due to take over direct payments next year.

SASSA is scheduled to take over the payments of grants to more than 17 million beneficiaries at the end of March 2017, when the current contract with Cash Paymaster Services (CPS) expires.

But there are growing concerns that the agency, with its record of wasted expenditure, staffing problems, fraud, and failure to curb illegal and unauthorised deductions from social grants by private companies preying on grant recipients, will not manage the takeover, leaving millions of beneficiaries in the lurch.

Attempts by increasingly uneasy Members of Parliament to get reassurance from SASSA or from Minister of Social Development Bathabile Dlamini have been mostly unsuccessful, with Dlamini telling the Standing Committee on Public Accounts last week that it was her “wish” that everything would be ready by 1 April.

Rumours that the current contract with CPS might simply be extended were fuelled by remarks made by Serge Belamant, chief executive of CPS parent company Net1. “We believe that at the end of the day, SASSA may not simply terminate our engagement for what’s planned on the 1st of April, it might take quite some time before this will actually happen, if at all,” Belamant told shareholders on 3 November.

But questions from GroundUp to Belamant and to SASSA CEO Thokozani Magwaza on the possibility of the contract being extended went unanswered. On behalf of Magwaza, SASSA spokesperson Kgomoco Diseko said only: “The issue of SASSA taking over payment of grants will be announced soon by Minister Bathabile Dlamini and we will communicate the date as soon as it is finalised.”

Following a finding by the Constitutional Court in 2014 that the CPS payments tender was invalid, SASSA promised the court in October 2015 that the agency would take over the payment system in-house. The court asked SASSA for a report on its plans to do so; SASSA filed a report; and on 25 November 2015 the court ruled that its oversight function was discharged.

In its report to the court, SASSA committed itself to

SASSA also committed itself to issuing new cards and setting up bank accounts between October 2016 and March 2017, after consultation with the Reserve Bank.

Attempts by GroundUp to get information about progress in meeting these deadlines were unsuccessful.

Asked whether the Reserve Bank was confident that SASSA was on track with its deadlines in terms of its commitments to the Constitutional Court, Jabulani Sikhakhane, Head of Communications, said: the bank “has been engaging SASSA on the future design of the social grant payout system. These consultations and engagements will continue until the future design elements are finalised.”

Neither Magwaza nor Diseko replied to questions about SASSA’s deadlines.

Rosemary Capa, chair of parliament’s Portfolio Committee on Social Development, did not answer two emails from GroundUp and a call to her office went unanswered.

Black Sash Advocacy Manager Elroy Paulus said if the rumours of an extension of the CPS contract were true, the Constitutional Court would have to give guidance on how a contract which had been ruled invalid could be extended.

“All parties need to answer to the more than 17 million social grant beneficiaries whose very survival depends on the effective payment of grants monthly,” said Paulus in a statement.

“There cannot be any further delay in holding SASSA to account for what could potentially become democratic South Africa’s biggest national crisis.”