Social grant paypoints should not be an election issue, MPs warned

Politicians told not to try to keep costly paypoints open 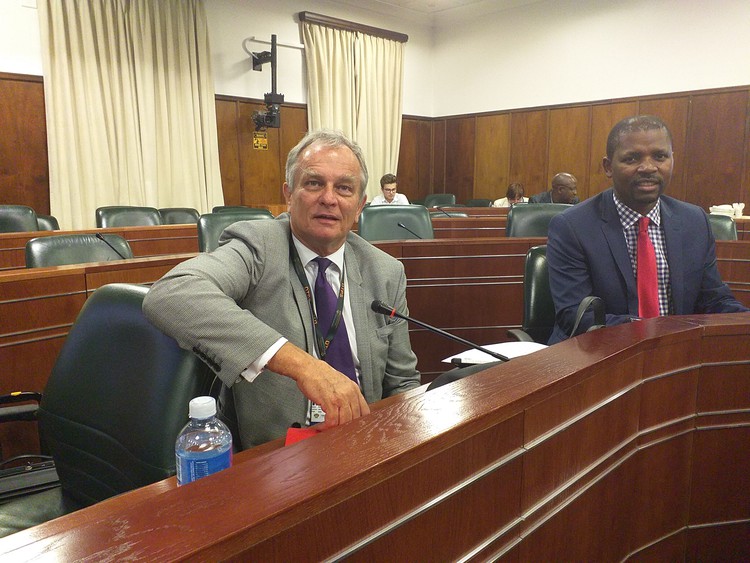 Politicians should not use cash paypoints for social grants as an election campaign topic, the chief operating officer of the SA Post Office (SAPO) has warned.

Briefing Parliament’s portfolio committee on telecommunications and postal services on Tuesday, COO Lindiwe Kwele said SAPO was considering ways to eliminate those cash paypoints which had proved costly and a safety risk.

“To run a cash paypoint costs R38,000. We have had some places where there are no beneficiaries but we incurred costs for security,” she said.

“We’ve had a few incidents of robberies, predominantly in the Eastern Cape, with the theft amounting to between 0.5 and 1% of our total. But R1 lost is R1 too many for us,” she said.

Kwele urged politicians campaigning over the next few months not to push for costly paypoints to remain open. “It’s really not helping us,” she said.

Kwele said social grant beneficiaries had to be shown the different options.

The post office has been distributing social grants on behalf of the South African Social Security Agency (SASSA) electronically since April and in cash since September last year. The Black Sash has expressed concern that people in remote areas have to travel far to collect their grants in cash.

Kwele said SAPO was considering launching its own cardless payment plan called SAPO Pay. “It would work similarly to M-Pesa launched in Kenya, which is mobile money and is being used by people in rural areas, paying each other through M-Pesa system,” she said.

After her presentation, MPs praised the post office for its “significant” turnaround plan over the last few months.

DA MP Cameron Mackenzie congratulated CEO Mark Barnes and Kwele for “taking the organisation from something really broken to something showing a great deal of promise and working effectively”.

Mackenzie said the post office had so far done well with the “massive task” of paying out social grants.

ANC MP Nokuzola Ndongeni joked with officials, asking whether other government departments were now lining up to work with SAPO.

“We need to continue awareness campaigns to get the one million beneficiaries to migrate to us, because we still believe that we offer a far better and affordable product for beneficiaries.”

Kwele said the post office was trying to find out about 150,000 people who had not yet collected their new cards. “We are working with SASSA to see whether these beneficiaries could be deceased or duplicates.”

She said the SASSA contract had given the post office an opportunity to get new equipment which had not necessarily been upgraded in ten years. “We had to get new equipment like new laptops, note counters, cash protection devices and automated cash dispensing devices. We are also dealing with access control at branches,” she said.

CEO Mark Barnes became tearful as he thanked MPs for their support. “I am overwhelmed by your compliments because that’s what keeps us going.”

He said the success with SASSA had “piqued the interests of other government departments” and he could see the post office assisting the National Student Financial Aid Scheme (NSFAS) with the distribution of student loans and helping Home Affairs with renewal of documents.