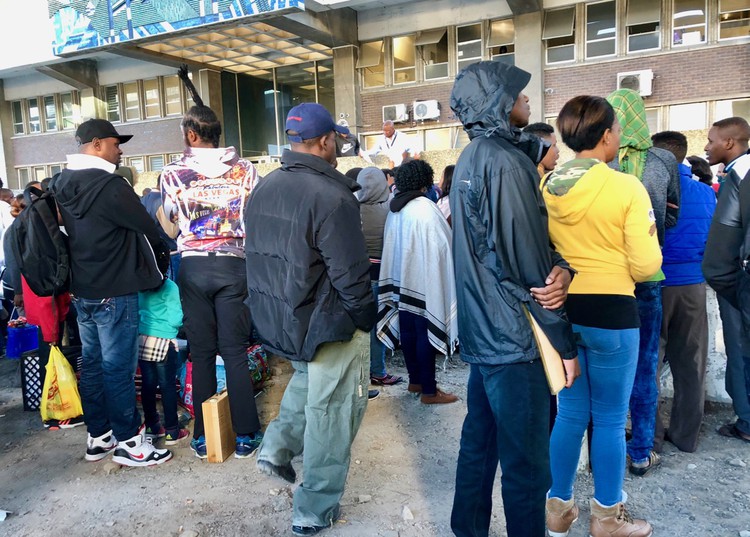 The Department of Public Works says premises should have been found for a new Cape Town Refugee Reception Centre by July. But activists warn that it might take some time for the office to open.

In a ruling on 29 September last year the Supreme Court of Appeal declared unlawful the decision by the Department of Home Affairs to close the Cape Town office in 2012, and ordered the department to re-open the centre by March 2018. But as yet the office has not been re-opened and several refugee organisations have taken the department to court to enforce the order.

Thami Mchunu, spokesperson for the national Department of Public Works, told GroundUp, “The process to secure premises is currently underway and we hope to be done by July 2018.”

Mchunu said the department had received a request for accommodation from the Department of Home Affairs in February this year. “That request had to be revised and corrected and the process had to be restarted in March.”

In a speech on 15 June, Director-General Mkuseli Apleni said the department had started the process of compliance. “A budget has been allocated, and funding for the filling of key posts has been prioritised,” he said.

However, Marike Keller, Policy Development and Advocacy Specialist at Sonke Gender Justice, does not believe the new refugee reception office in Cape Town will be open by next month.

Keller said once the Department of Public Works secured premises, it would take time for Home Affairs to set up the office with staff, IT systems and perhaps renovations.

The Port Elizabeth office site had been secured months ago, she said, yet the office was still not open.

“By shifting the blame to the Department of Public Works, Home Affairs is not taking responsibility for its own shortcomings and failure to comply with the Supreme Court of Appeal’s court order. While the Department of Public Works does play a role in securing the new premises and also needs to be held accountable to this, Home Affairs only submitted its needs assessment in February this year, despite the judgment being handed down in September last year already. This is indicative of a department that has not prioritised the court order, or the needs of asylum seekers in South Africa,” Keller said.

In March 2015 the Supreme Court of Appeal ordered that new applicants for asylum must be able to apply in Port Elizabeth and be issued with permits if they qualified.

On 15 June a site hand-over, from Public Works to Home Affairs, took place at the future location of the Port Elizabeth Refugee Reception Office. Apleni spoke at the event, saying his department would move officials and services from the old refugee centre to the new offices from the end of July. Services for new asylum seekers services will begin at the end of October 2018.

He said the new Port Elizabeth office would have better services, open spaces, baby-changing stations and ablution facilities. Provision had also been made to accommodate the Standing Committee for Refugee Affairs, Appeal Board hearings, and immigration inspectorate facilities.

“We concur with the Supreme Court of Appeal that the condition of being a refugee connotes a special vulnerability as refugees by definition are persons in flight from the threat of serious human rights abuse.”

“It has not and will never be an intention on our part to disrespect the courts or to fail to comply with court decisions,” Apleni said.

He said a new automated booking system which had been implemented at Desmond Tutu Refugee Centre in Pretoria, would be used in Port Elizabeth and in the new Cape Town office.

Besides the Supreme Court of Appeal decision, the re-opening of the Port Elizabeth office also follows requests from the Somali Association of South Africa and the Project for Conflict Resolution and Development.