SLAPP in the face for Australian mining company

“Victory for activism and free speech” as judge rules in favour of SA lawyers, activists and social worker 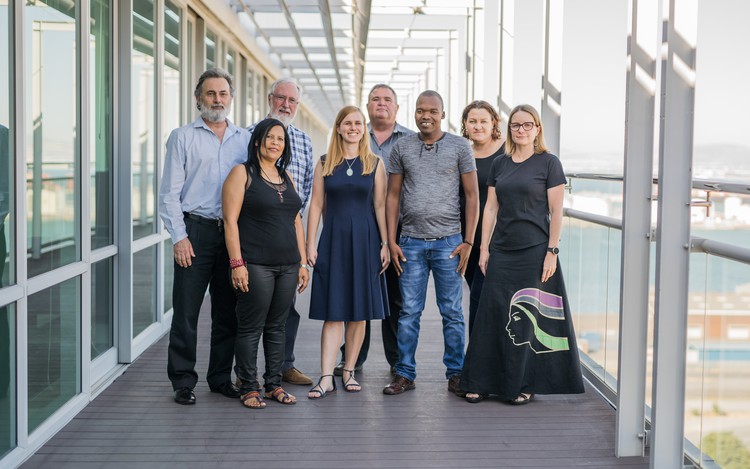 “The conclusion is incontrovertible that the lawsuit was initiated against the defendants because they have spoken out and had assumed a specific position in respect of the plaintiffs’ mining operations,” she wrote in her judgment.

SLAPP is an acronym for Strategic Litigation Against Public Participation, and is described as “meritless or exaggerated lawsuits intended to intimidate civil society advocates, human rights defenders, journalists, academics and individuals as well as organisations acting in the public interest”.

One of the six defendants, prominent environmental lawyer Cormac Cullinan, said Judge Goliath’s “strong” judgment was an important step in developing common law procedures “to stop the powerful abusing legal processes to silence those who expose the ecological and social harm they cause”.

“This is an important victory for free speech in the public interest,” he added.

The defendants argued that the companies, Caruso and Qunya were bringing an effective SLAPP suit against them and that this constituted an abuse of legal privilege and of the court process to achieve an improper end: to ensure the defendants’ future silence about the miners’ controversial activities on the Pondoland coast at Xolobeni and at the Tormin mineral sands mine on the West Coast, and/or to punish them for speaking out.

The plaintiffs’ lawyers denied they were bringing a SLAPP suit, arguing that for legal proceedings like their defamation action to constitute “an abuse of process” their case would have to be without reasonable grounds and without any clear merits, which they said was not the case.

But Deputy Judge President Goliath came down firmly in favour of the defendants in her judgment, saying corporations should not be allowed to “weaponise our legal system” against ordinary citizens and activists in order to intimidate and silence them.

“The mining companies are claiming inexplicably exorbitant amounts for damages, which the defendants can ill-afford,” the judge wrote in her judgment.

“They instituted these proceedings fully aware of the fact that there is no realistic prospect of recovering the damages they seek. This action will without a doubt place an economic burden on the defendants. However, it appears that the action is not aimed at obtaining monetary, or financial damages, but rather vindicating a right, or for some other purpose… The right to freedom of expression, robust public debate and the ability to participate in public debates without fear is essential in any democratic society. I am accordingly satisfied that this action matches the DNA of a SLAPP suit.”

In her judgment, Deputy Judge President Goliath said the aim of a SLAPP suit was “essentially to silence those challenging powerful corporates on issues of public concern”.

“… the main purpose of the suit is to punish or retaliate against citizens who have spoken out against the plaintiffs … These lawsuits are notoriously, long drawn out, and extremely expensive legal battles, which consume vast amounts of time, energy, money and resources.”

The targets of SLAPP suits were typically individuals, local community groups, activists or non-profit organisations who were advancing a social interest of some significance. “Generally, exorbitant damages claims are part of the strategy chilling public participation and sending a clear message to activists that there are unaffordable financial risks attached to public participation.”

It was evident that the strategy adopted by the plaintiffs in this case was that the more vocal and critical the activist, the higher the damages amount claimed, the judge wrote. This was clearly the case of social worker John GI Clarke, one of the defendants who initially faced 19 defamation claims with a combined amount of R5.5 million. Another nine claims were later added, bringing the total claim against him to more than R10 million.

In his response to the judgment, Clarke said: “The judgment is a triumph of collaboration between journalists, lawyers and social workers in support of people who are vulnerable and historically disadvantaged, to show that the Bill of Rights can become more meaningful and that it can triumph over mining rights.

The Centre for Environmental Rights, where two of the defendants – lawyers Christine Reddell and Tracey Davies – were working at the time of the alleged defamation, tweeted “Huge court victory for activism and free speech today”.