Many allegations that accountability has got worse during lockdown 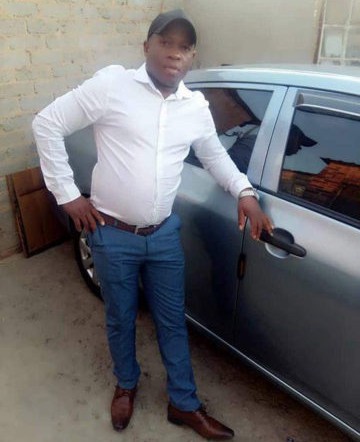 Collins Khosa was allegedly beaten to death by soldiers in Alexandra during the Covid-19 lockdown. His family has gone to court to ask for a specialised unit to investigate abuses by police and soldiers during the State of Disaster. Photo supplied

The family of Collins Khosa, the man allegedly beaten to death by soldiers in Alexandra, Johannesburg, last month, have asked for a specialised unit to investigate complaints of abuses by police and soldiers for the duration of the national State of Disaster.

The family’s lawyers argued their case in the North Gauteng High Court on Tuesday. They also want the police and defence ministers to issue a command prohibiting the use of excessive force and to publish a code of conduct for soldiers and police to adhere to during lockdown enforcement.

In the case’s founding affidavit Nomsa Montsha, Khosa’s life partner, describes how she, Khosa, and other members of their household were assaulted by soldiers on the evening of 10 April. Montsha said Khosa was in fact not breaking any lockdown regulations when soldiers confronted him for drinking an alcoholic beverage in his yard. Officers of the Johannesburg Metro Police Department (JMPD) stood by and “facilitated” the soldiers’ assault on Khosa, according to court papers.

Khosa later died on his bed, apparently as a result of blunt force trauma.

Apart from outrage over the brutality of the assault on Khosa, the family are unhappy about the apparent failure of the watchdog bodies, the Military Ombud and the Independent Police Investigative Directorate (IPID), to investigate properly. They want the soldiers who committed the assault and the JMPD officers who failed to intervene to be taken off duty, pending an investigation.

Khosa’s family argues that the lockdown has created conditions where security forces consider it justifiable to use excessive force to “punish” people “for perceived insolence”.

This, coupled with the ineptness of existing oversight agencies, means that a special complaints mechanism and team should be established to receive, screen and investigate lockdown abuses, they argue.

In his submission to the court, IPID’s acting head Patrick Setshedi argued that such a mechanism would simply duplicate investigations that the directorate is already mandated to undertake.

Police brutality victims in poor and rural areas have, historically, found it difficult to access IPID’s services. During the lockdown in particular, many abuses by police almost certainly go unreported due to movement restrictions on the public. Last week, IPID highlighted this concern in a slideshow presentation circulated to Parliament’s Portfolio Committee on Policing..

Large distances make IPID (which only has one or two offices per province) inaccessible to most victims of police abuses. The IPID Act therefore allows for the public to register complaints with any police station. The stations are legally obliged to refer these cases to IPID within 24 hours.

Viewfinder’s analysis of IPID’s data has shown that close to 90% of the cases against the police registered between April 2012 and March 2018 came to IPID in this way; they were first registered at a police station and then referred to the relevant IPID provincial office.

But during lockdown there are indications that people are discouraged from reporting to police stations for fear of being re-victimised on the way or at the police station itself. For instance, Glenda Phaladi, who was allegedly assaulted along with Khosa on the day that he died, said in her affidavit to the court that she was “too terrified to go to the police station to report the incident”.

Though police are essential services and open to the public during lockdown, there have been numerous reports of people being turned away, assaulted or arrested for lockdown contraventions when they tried to access police stations.

This week we also interviewed Bongani Moiane, a resident of Virginia in the Free State who said that he and four of his friends were arrested and charged for lockdown contraventions when they tried to open a case of assault against a police officer at their local police station.

But, IPID’s inaccessibility to the public has a history that long predates lockdown. Though reporting to IPID may be done via a wide network of police stations, the directorate’s investigators must still travel often large distances to pick up dockets, meet complainants and investigate cases. This impacts on the efficiency and quality of IPID investigations. Sometimes IPID investigators do not make it to the scene at all, as appeared to be the case in the 2015 death in custody of 17-year-old Austin Goliath in Piketberg, reported by Viewfinder in October.

Attached to Setshedi’s affidavit was a presentation of IPID’s “expansion strategy” made to Parliament’s committee in September last year. This was a redraft of an earlier version of the strategy proposed to the committee in 2015, which suggested that IPID’s footprint be expanded from 18 offices (two in each province) to 38, with an associated increase in the number of investigators and support staff. Though there was in principle support from Parliament and Treasury for the 2015 version of the strategy, the cost of R246 million was eventually deemed too high. Instead of expanding, funds were cut and in 2018 four of the 18 existing offices were closed.

In 2019, again, there was support from Treasury and then police minister Fikile Mbalula for the new version of the strategy, Setshedi wrote. But the take-over of the new administration under President Cyril Ramaphosa in 2019 meant that IPID had to make more presentations to garner support, a process which is apparently ongoing.

Setshedi conceded to a “myriad” of other challenges faced by IPID, outlined in the Khosa family’s application to the court. Despite these, he wrote, IPID has completed 72% of cases referred to it.

“Such an achievement is not compatible with an institution unable to fulfil its mandate.”

However, a Viewfinder exposé last year showed that a pitifully low conviction rate of IPID cases was underpinned by the directorate’s habit of “completing” cases without proper investigation. This was done to inflate performance statistics and to give the false impression that IPID was fulfilling its mandate.

The case continues on Wednesday, with lawyers for the police and defence ministers set to argue against the remedies sought by the Khosa family.