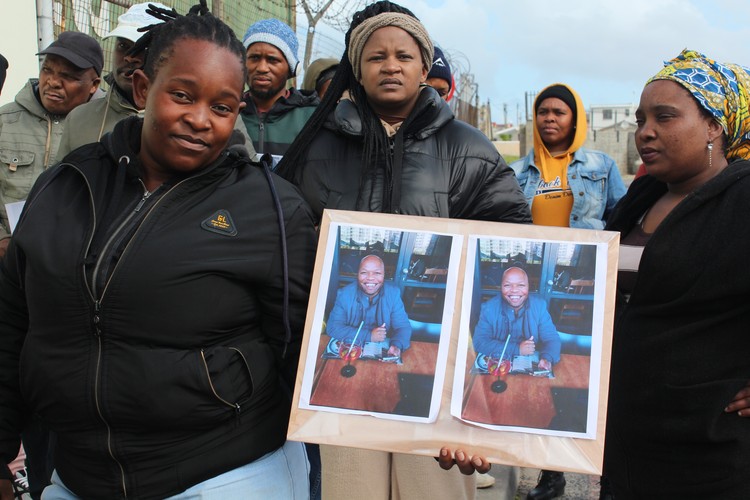 Xolani Klaas, 37, the suspended general manager of the Social Justice Coalition (SJC), was granted bail on Friday in the Khayelitsha Magistrates’ Court. Klaas was arrested on Wednesday after SJC staff members opened a case of theft and fraud against him last month.

According to the charge sheet, Klaas is accused of fraud in excess of R730,000.

In June, a GroundUp investigation revealed that Klaas appeared to be using SJC funds to pay for a large number of suspicious purchases. In addition to furniture and household appliances, Klaas had bought luxury clothes, watches, groceries, and expensive technology, totalling hundreds of thousands of rands.

The SJC has been one of South Africa’s leading activist organisations, with a long history of advocacy for improved conditions in informal settlements, including advocating for more police resources, better public lighting and sanitation.

Klaas was suspended and SJC staff laid criminal charges against him at Lingelethu West Police Station at the end of June. In July, GroundUp reported that Klaas had returned some furniture that had been bought using the SJC’s funds to the SJC’s offices.

At Klaas’s bail hearing on Friday, state prosecutor Leandre Speelman told the court that the state would not be opposing bail and that bail should be set at R10,000.

Speelman revealed Klaas had two previous convictions for theft and fraud from about eight years ago.

Speelman told the court that the investigation into Klaas’s case was ongoing. Detectives were still gathering items such as bank statements and witness statements that needed more detail. Speelman said that Klaas still needed to return further property belonging to the SJC.

Klaas’s attorney, Danie Jordaan, told the court that Klaas was unemployed, and could only afford R3,500 for bail, but with the help of family and friends, he would be able to pay a higher amount.

“I do not pose a threat and have no resentment for anyone … I will not evade my trial … I remain presumed innocent until proven guilty,” read Klaas’s affidavit.

A small group of SJC members and staff attended Klaas’s hearing. The SJC’s political educator, Bonga Zamisa, said that the organisation was disappointed that Klaas had been granted bail.

“We are happy with the work of the South African Police Service in arresting Xolani, however, we are also disappointed that Klaas received bail today considering that he might be a flight risk.”

“We want the justice system to set an example to individuals like Xolani Klaas who misuse funds that are meant for poor, working class communities like Khayelitsha that the SJC helps with its work,” said Zamisa.

Klaas is expected to return to court on 27 October.