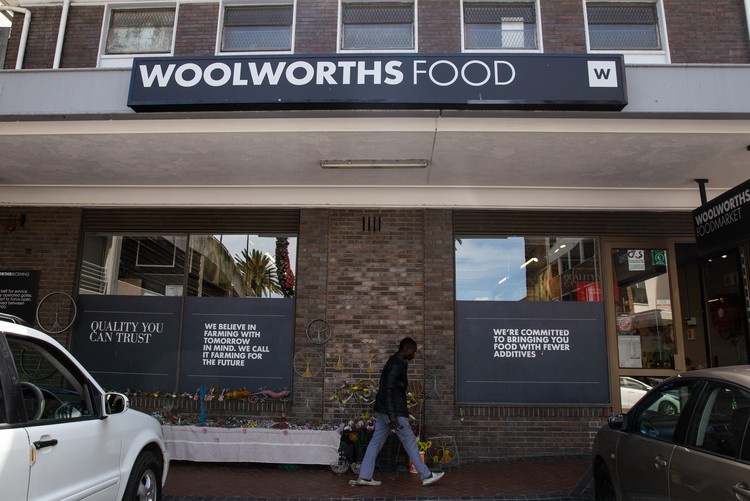 Woolworths has to reinstate workers it retrenched in 2012. Photo: Ashraf Hendricks

Dozens of workers retrenched by Woolworths in 2012 must be reinstated. The Constitutional Court ordered this on 6 November, nearly six years after the retrenchment.

The case was between the South African Commercial, Catering and Allied Workers’ Union (SACCAWU) and Woolworths.

Woolworths employees used to work full-time for the company, 45 hours a week. But in 2002, the company decided that it would only employ new workers on flexible hours. These flexi-timers would work 40 hours per week.

Woolworths then decided to put the remaining full-timers onto flexi-time. To cut a long story short (you can read more about it here), 92 workers refused to be part of the flexi-time system, and Woolies retrenched them on 3 December 2012.

SACCAWU, on behalf of 44 of these full-timers, took Woolworths to court.

SACCAWU challenged the retrenchment for being substantively and procedurally unfair. The Labour Court agreed with SACCAWU and ordered Woolworths to reinstate the employees from the time they were retrenched, this means that they had to be back-paid wages from the date of retrenchment to reinstatement.

Woolworths appealed to the Labour Appeal Court which partly agreed and partly disagreed with SACCAWU. It decided that there was no fair reason for the retrenchments but that the manner in which they were carried out was fair. The Labour Appeal Court ordered Woolworths to pay the employees only 12 months of wages as compensation.

Both SACCAWU and Woolworths then appealed to the Constitutional Court for a final decision.

Before looking at the Constitutional Court’s decision, it’s worth noting that the Labour Court heard the matter on 1 June 2015, more than two years after the retrenchments, and delivered judgment nine months later on 5 March 2016. The Labour Appeal Court heard the matter a year later on 7 March 2017 and ruled more than six months later on 19 September 2017.

The Court recognised that the right to fair labour practices in section 23 of the Constitution includes the right to not be retrenched in an unfair manner. It stated that although employers may dismiss employees, that the dismissal must be for a fair reason and the dismissal procedure must be fair.

(a) the dismissal is necessary because of the employer’s economic, technological, structural or similar needs;

(b) the dismissal is operationally justifiable on rational grounds (we explain this below);

(c) alternatives to dismissal were properly considered; and

(d) the selection criteria for who gets dismissed were fair and objective.

The Court first found that Woolworths had failed to show that the retrenchments were operationally justifiable on rational grounds. This means that Woolworths did not show that it needed to retrench the workers in order to survive economically. This is because Woolworth’s singular reason for the retrenchment was that “the company needs to be in a position to employ employees who are able to be used on a flexible basis”.

This purpose was achieved, the Court found, when the employees, represented by SACCAWU, agreed to work the flexible hours and days required but without the drastic changes to remuneration and benefits.

Woolworths’ argument that it also needed equality between full-time workers and flexi-time workers was rejected by the court.

Did Woolworths Consider Alternatives to Retrenchments?

The Constitutional Court found that during the consultation process SACCAWU proposed that as an alternative to retrenchments, the employees could convert to the flexi-time model but maintain their same remuneration and benefits. SACCAWU also subsequently changed its proposal so that the full-time workers would accept an 11% decrease in their remuneration. However, this alternative was misunderstood by Woolworths as being the same alternative as before. The court stated that this misunderstanding does not save Woolworths from its failure to have properly considered it as an alternative to the retrenchments. On the contrary this misunderstanding showed that Woolworths did not properly consider alternatives.

The court decided that because Woolworths failed to consider these alternatives the retrenchment was substantively unfair.

The Court refused to decide the issue of procedural unfairness because it reasoned that once it has decided that the retrenchments were done without a fair reason, that it no longer needed to decide if it was done in a procedurally fair manner.

The court found that (1) the retrenchments were not the fault of the employees, (2) that the six year delay was not because SACCAWU or the workers were slow or negligent, (3) and that their positions (cashiers) still existed. This showed that it would be possible to reinstate the employees from the date of retrenchment. This means the employees will have to be paid back their wages from 2012 until the handing down of the judgment. They will also go back to working for Woolworths.