“We had a mobile police station about three years ago, which disappeared a year ago” 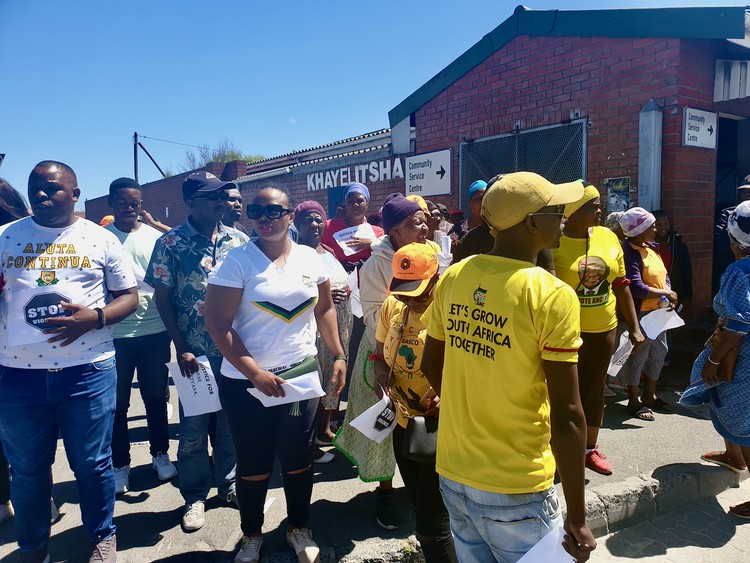 A group of about 30 residents picketed outside the Khayelitsha police station on Thursday. They said that to get to their nearest police station in order to have documents certified or to report a crime, they have to take a taxi or walk 30 minutes.

Nyameko Ngxito said: “We are here today because we have a big problem with crime and rape in Site C and we came to demand that we get our own police station. We had a mobile police station … about three years ago, which disappeared a year ago. We do not know what happened to it.”

Brigadier Novela Potelwa of SAPS said the mobile unit was in the garage for maintenance but there was a dedicated patrol van for Site C.

Ngxito said that walking to the Khayelitsha police station, one was “likely to get mugged”.

“You are forced to leave your cellphone at home when walking to the police station. Imagine having to go and report a crime in the middle of the night,” said Ngxito.

One of the picketers, who said she has been living in Site C since 1990, said: “I have five children and my last born daughter is a drug addict. And when she is high, she constantly causes trouble in the house and sometimes steals from us. We’ve only ever reported her once here at this police station. Even then, I had to take a taxi to come here.”

She said she didn’t always have enough money for the R20 return trip from Site C to the Khayelitsha police station.

Majola said: “I understand your cries because I know about the problems in Site C. Your grievances are genuine. But I have to say looking at the demands, this station does not deal with the budget, that is with national government. Police and resource shortage is a daily struggle because this police station is under resourced.”

Potelwa said management had set up a meeting with the picketers for Wednesday 20 November.