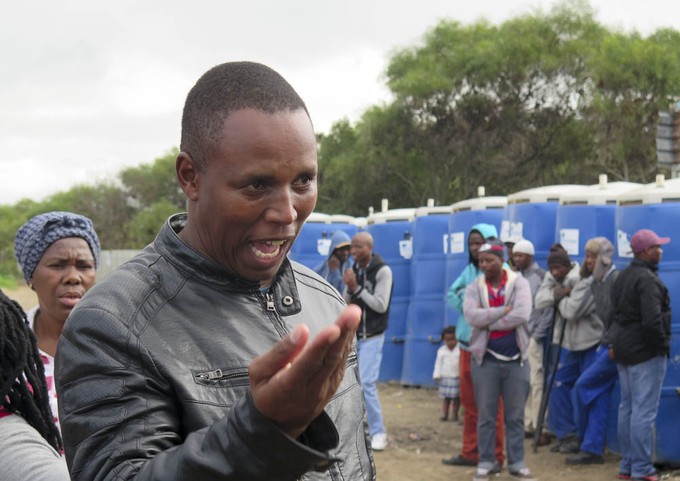 By Rejul Bejoy and Ashleigh Furlong

Residents of Siqalo, near Philippi, blocked the roads around the informal settlement this morning over complaints about the cleaning contractor in the area. During the protest a number of people were arrested.

The residents say Nokwindla Investments, which has a City of Cape Town contract to collect rubbish in the area, rejected certain residents’ job applications. The residents said usually the Siqalo committee sent the contractor 30 names of whom, 15 were chosen for a three month contract and 15 for the next three months.

The residents say the contractor told them that 15 of the 30 people put forward in April had “failed” their interviews and wanted new names.

Resident Monwabisi Futshane said that the contractor used to work with the old community leaders but was not working with the current leaders. He said the contractor had not come to Siqalo himself to speak to the residents and explain the employment process.

Siqalo community chairperson Sakhumzi Kakazi told GroundUp that the committee had nominated 30 people as usual and had been told 15 people had failed the interviews.

Futshane added that when the people were arrested they were only warming their hands on the fire that had been made in the centre of the road.

GroundUp attempted to call Nokwindla but the number on the website does not belong to the company and an alternative number was constantly engaged.

Mayoral Committee Member for Utility Services Ernest Sonnenberg said the City was aware of the issues raised by the residents.

“The decision of who is selected for employment rests with the contractor – the City has no influence in the outcome of the selection process. However, the City remains committed to reaching resolutions and as such has invited both the contractor and the community representatives to a meeting tomorrow to discuss the matter,” he said.