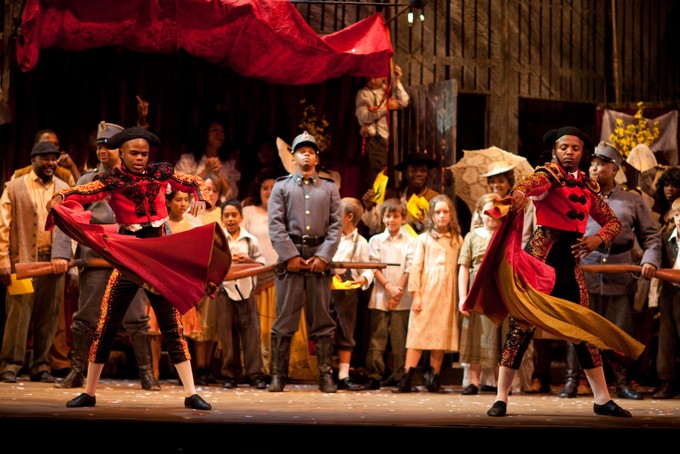 Twelve singers who were dismissed from or left their employment with the Cape Town Opera (CTO) last month because of a feud over contracts filed a Statement of Opposition with the Labour Court yesterday in response to the Opera’s initial claim against them.

The singers returned in July from performing Mozart’s Così fan tutte at the Festival Aix-en-Provence in France, and were found by the Opera to have violated the terms of their contract.

The singers had signed contracts with and were paid by the French festival, a move they say they were forced into despite the assurance by CTO’s Managing Director Michael Williams that they did not need to sign such contracts.

The Opera initially filed a claim with the Labour Court on 17 August on the basis that the singers, by accepting pay from the French festival, “breached the terms and conditions of their employment contracts and caused it damages, loss and harm in quantifiable amounts,” the claim said. The dispute arose because the South African singers were contracted to be paid less than their European counterparts in the same festival.

In the Statement of Opposition, however, the legal advocates representing the singers ask the Court to “consider the gross misrepresentation by [CTO], placing twelve young lives, careers, dreams and ambitions at great and real risk in a far off country.”

In an email, Lesley Liddle, a spokesperson for CTO, said an independent chairperson found the singers had violated lawful protocol under their contracts with CTO and that their dismissal was an appropriate response.

“The singers signed additional employment contracts directly with and were paid by the Aix en Provence Festival. Due to this, the singers were deemed to be in breach of contract with CTO and a disciplinary process was enacted,” she wrote.

When a date for the hearing is set, the matter will be settled in the Labour Court, as it deals with an employment contract.

Arline Jaftha, one of the singers who resigned before she was issued a dismissal, said she is confident that the court will help resolve the issue and potentially set a precedent for similar cases in the future.

“I feel very relieved,” she said. “Finally the truth will come out. By settling, it would simply mean that everything gets swept under the carpet again, and the same thing will happen over and over. We’ll be abused and underpaid, and we can’t allow that to happen.

“We want to be the pioneers of the change that’s going to happen in the system,” said Jaftha.