This simple public health intervention is cheap and saves lives 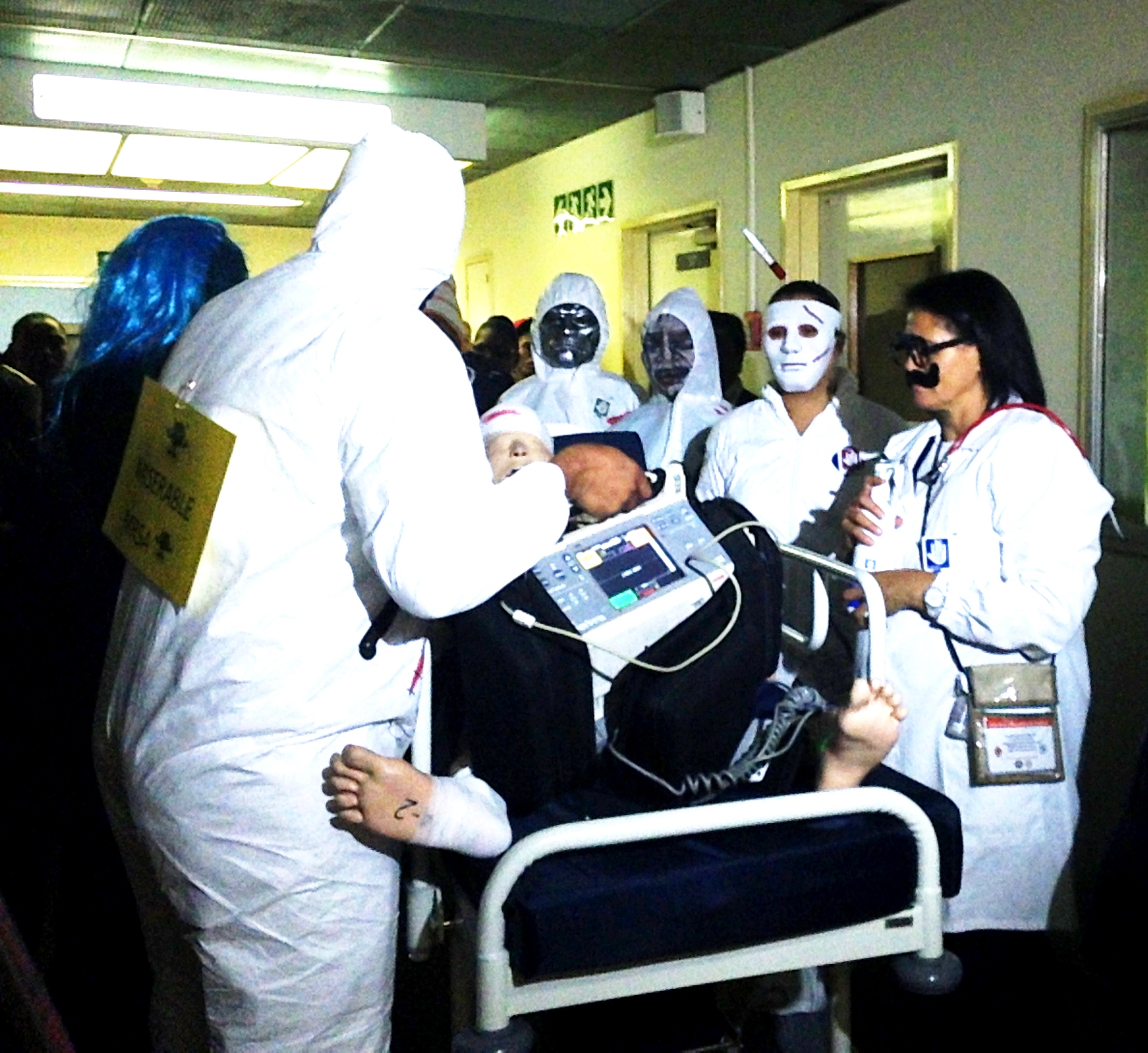 With masks on and fake blood staining some of their outfits, World Hand Hygiene Day participants circled around a mannequin lying on a hospital stretcher in Tygerberg Hospital. Signs on their backs displayed the names of different bacteria.

The group of about ten made their way down the halls of the hospital as staff and patients lined the walls to promote the importance of hand washing.

World Hand Hygiene Day on 5 May is an initiative of the World Health Organisation (WHO) to raise awareness of hand washing. In collaboration with WHO, the Unit for Infection Prevention and Control (UIPC) — affiliated with Tygerberg Hospital and Stellenbosch University—organised the event.

Staff and patients lined the fifth floor as organisers went down the line spraying an alcohol-based rub on to their hands. The relay, made up of about 300 people, took about 30 minutes.

The initiative is connected to 2009’s ‘Save lives: Clean Your Hands’ campaign, which is a part of the WHO ‘Clean Care is Safer Care’ programme launched in 2005 to reduce healthcare-associated infections.

As of 28 April 2016, 18,739 hospitals and healthcare facilities in 176 countries or areas have committed to hand hygiene as part of ‘Save lives: Clean Your Hands’, according to the WHO website.

A 2003 study in The Lancet, a leading medical journal, said that hospital-acquired infections are estimated to affect about one in 11 patients. Between 15 to 30% of infections are preventable by solutions such as improved hand hygiene, it states.

The Lancet also published a study in 2005 that found that children under five who received soap and hand washing promotion were half as likely to get pneumonia. More than 3.5 million children under 5 die from diarrhoea and acute lower respiratory-tract infection per year, according to the study.

Riezaah Abrahams, an organiser of the Tygerberg event, is concerned that many health workers do not wash their hands before working with patients. “Excuses are used, like, the sink is too far, there’s no towels, there’s no running water, etcetera. But with alcohol rubs, you can actually do hand washing at the bedside,” he said.

However, alcohol rubs cannot be used for hand washing when hands are visibly soiled or when diarrhoea is involved, Abrahams explained.

A 2006 study by Didier Pittet, a professor who helped create the programme, found evidence that ‘hand contamination with transient organisms was significantly less likely after the use of an alcohol-based handrub compared with a medicated wipe and soap and water.’

This year’s World Hand Hygiene Day focused on decreasing surgical site infections, which prompted the hospital to dress the group of participants as different bacteria and have them surround a hospital stretcher.

“That’s just to show that these bugs are all over. You cannot prevent them anymore. A hospital is a place where these bugs actually live because they have disinfectants and we use antibiotics. So it’s a big problem,” Abrahams said.

“The bug causing the biggest problem at the hospital currently is acinetobacter,” Abrahams said. Acinetobacter can lead to infections that affect those with compromised immune systems.