Zuma, the Executive and the Gupta family have troubling questions to answer about cabinet appointments as well as a dodgy Eskom deal - and this is just the beginning 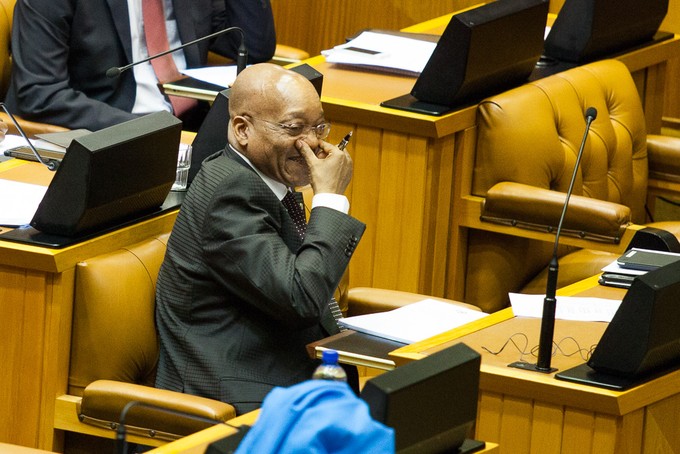 Thuli Madonsela’s State of Capture report investigating President Jacob Zuma and the Gupta family was published on 2 November. This followed Zuma’s withdrawal of his application for an interdict preventing its release, as well as an order of the Pretoria High Court ordering its release.

The Public Protector’s report describes the investigation of the conduct of Zuma and other state officials as well as the awarding of state contracts to companies linked to the Gupta family.

The first was laid by Father S Mayebe on behalf of the Dominican Order of Catholic Priests. He asked the Public Protector to investigate whether the Guptas had offered Mcebisi Jonas and Vytjie Mentor cabinet positions, and whether there was any irregularity, undue influence or corruption in the Gupta family’s business dealings with government and awarding of government contracts.

Jonas alleged that he had been offered the Minister of Finance position by the Guptas, which was then held by Nhlanhla Nene. Mentor alleged that she was asked to drop the SAA route to India and give it to the Gupta family. Both claimed these offers were made at the Gupta’s home in Saxonwold.

The second complaint was filed by DA leader Mmusi Maimane. Based on media reports he requested an investigation into President Zuma’s conduct and the Gupta’s involvement in the appointments of Cabinet Ministers. The complaint alleged that President Zuma had violated the Executive Ethics Code. This is significant because it removed Madonsela’s discretion to decide whether to investigate. Section 3(1) of the Executive Members’ Ethics Act, 1998 (EMEA) instructs the Public Protector to investigate any complaints alleging a breach of the Executive Ethics Code by any member of the Executive. It required her to present a report of her investigation within 30 days of receiving the complaint.

The final complaint was from an unnamed member of the public and concerned the government’s intervention when commercial banks refused to continue offering services to companies owned by the Guptas.

Madonsela consolidated all three complaints. Because Maimane invoked the provisions of the EMEA, this investigation was given priority over others. Madonsela requested additional funds to enable her to run a special investigation akin to a commission of inquiry because of the extent of the issues. Despite this request, and the urgency of the matter, only a small amount was appropriated and the release of these funds was delayed.

Madonsela contacted the President numerous times as part of her investigation but received little cooperation. Finally, the day before Madonsela was to release the report, Zuma applied for an interdict which prevented its release until now. Because of this lack of cooperation and her limited budget, the investigation was limited in scope. This is why one of the recommendations is that a commission of inquiry be constituted.

Broadly speaking, the report deals with the conduct of the President and some state-owned enterprises.

The report indicates that Zuma may have violated the Executive Ethics Code by sharing information about the appointment of ministers with the Gupta family. The report also found that the failure to act on the information given by Jonas and Mentor may be a contravention of Prevention and Combatting of Corrupt Activities Act, 2004 (the Corruption Act).

The report notes a possibility of similar violations in the appointment of directors to the boards of certain state owned entities. Additionally, the Executive’s failure to investigate Jonas and Mentor’s allegations could also constitute a violation of the Executive Ethics Code.

Madonsela also described how Jonas may have been prejudiced by the President’s conduct: “Deputy Minister Jonas would be regarded as a liar and publicly humiliated unless he is vindicated in his public statement that Mr Ajay Gupta offered the position of Minister of Finance to him with the knowledge of President Zuma who subsequently denied such offer. Consequently the people of South Africa, who Deputy Minister Jonas took into his confidence in revealing this, would lose faith in open, democratic and accountable government if President Zuma’s denials are proven to be false.”

It is unclear what penalty follows a contravention of the Executive Ethics Code since the EMEA does not make contravention an offence and gives the Public Protector the discretion to make any appropriate recommendations.

By contrast, contravention of the Corruption Act is an offence that carries a penalty of either a fine or imprisonment up to a life sentence. However, the report did not make conclusive findings against President Zuma specifically so this will need to be investigated further.

Given the resource and time constraints placed on the Public Protector some issues were earmarked for investigation at a later date. These include the allegations regarding Denel, Transnet and South African Airways, as well contracts awarded by the SABC to the Gupta-owned New Age newspaper and TNA media.

In this report Madonsela only made findings on Eskom.

Tegeta supplies the Arnot Power Station with coal at a cost of R470 per ton plus delivery costs, making it one of the most expensive contracts Eskom has. Initially, Eskom would not disclose the delivery costs of the coal but it was found that Eskom pays approximately R580 per ton when transport costs are factored in. Therefore, the Tegeta’s six month contract is worth nearly R700 million.

The Tegeta contract is an anomaly when compared to other Eskom contracts. On average, Eskom pays R231 per ton of coal making the cost of coal from Tegeta more than double the average price. However, despite the high cost of Tegeta coal, the company was awarded a ten-year coal supply contract to the Majuba power station as well as a supply contract for the Hendrina power station.

The report found that the only entity that benefited from the Eskom supply contracts awarded to Tegeta was the awardee. The report indicates that the purpose of awarding contracts to Tegeta was to fund the company and enable it to purchase shares in Optimum Coal Terminal.

The report also found that Eskom’s board appears to have been improperly appointed. The process was not in line with the standards of good corporate governance.

Madonsela found that the board appeared to have failed to exercise a duty of care and may have violated the Public Finance Management Act (PFMA). The contract between Tegeta and Eskom potentially constitutes a contravention of the board’s duty to prevent fruitless and wasteful expenditure under the PFMA.

Given that the Public Protectors findings are largely not conclusive – partly due to the resource constraints placed on the investigation – it is unsurprising that the report has recommended that the President constitute a commission of inquiry to investigate the issues it raises.

Parliament have been given the task of reviewing the EMEA to create better guidance for the avoidance and management of conflicts of interest. The President has been tasked with ensuring the Executive Ethics code is updated in line with Parliament’s review.

The report’s final recommendation was to notify the National Prosecuting Authority (NPA) and the Hawks of issues where a crime appears to have been committed. Though this is a broad statement, Madonsela’s findings in relation to criminal activities appear to centre around President Zuma’s conduct and the Corruption Act.

It will ultimately be up to the Hawks to investigate the matter and the NPA to bring charges.