Sign language included as a subject for matric exam

Victory for deaf learners, says Dominican School for the Deaf 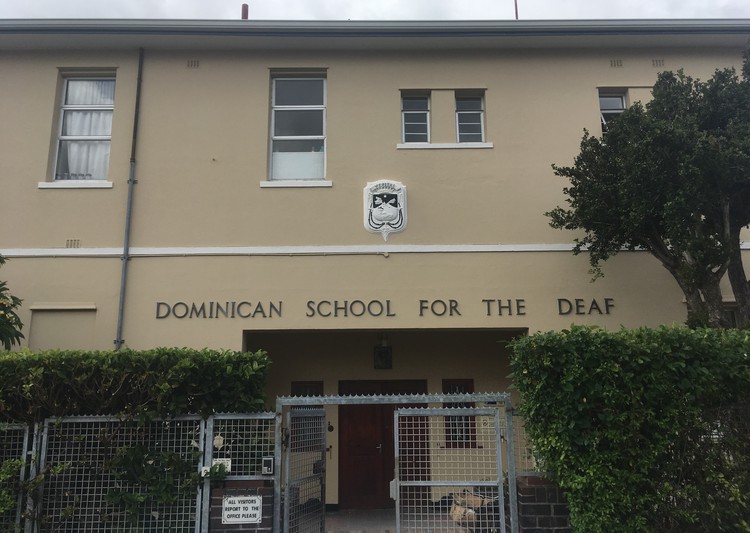 Sign language has been included as a subject for matric for the first time. Photo: Lucas Nowicki

Sign language was included as a subject for the first time in the 2018 National Senior Certificate exams, in what the Dominican School for the Deaf described as a major victory for the deaf community.

South African Sign Language (SASL) was recognised by the Department of Basic Education as an official home language in 2018.

According to Cindy Rutter, the principal at the Dominican School for the Deaf in Wynberg, four learners in the Western Cape took the 2018 sign language exam.

“They had to do bridging courses in Grade 9, 10, 11. They had to learn what kids learn when they do English or Afrikaans throughout school. Sign language has its own grammar and structure, so from Grade 9 they had to catch up,” said Rutter.

“They watch the question, sign the answer and then file it [on the laptop],” said Rutter.

She said a challenge implementing the new policy was access to resources. This was the first time students were studying SASL as a home language, so there were no textbooks on sign language as a home language, or former students who had studied SASL in high school, to draw on. Everything had to be developed from scratch.

Rutter said the curriculum was limited but would develop. Among the resources to be developed were deaf poets and storytellers recording their stories for deaf learners to study.

Rutter stressed the importance of language as a tool for empowerment and inclusion. She said the recognition of sign language as a home language for matric put “a minority group on the map”.

“It is a great victory for us. It gives confidence to deaf people, because their language is recognised,” said Rutter.

But Blose highlighted challenges with the implementation of SASL as a home language:

According to SANDA, there are over four million deaf and hard-of-hearing (partially deaf) people in South Africa.