Should the state pay damages if a police officer hurts his partner? 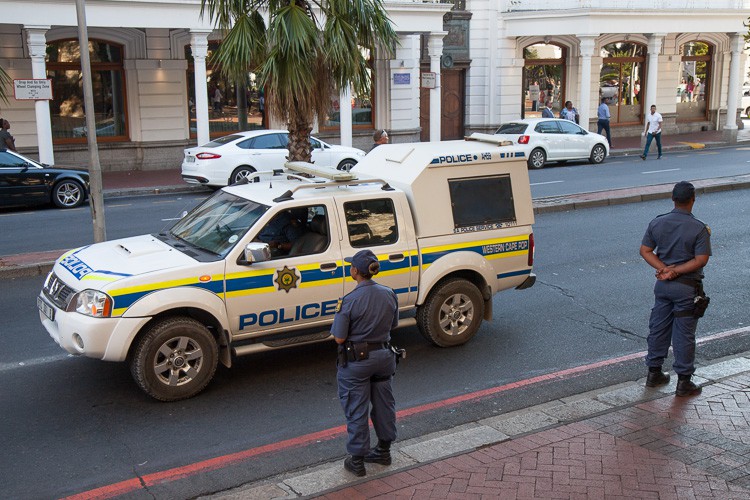 A police officer shot his partner in the face. Is the state liable? Photo: Ashraf Hendricks

On Tuesday the Constitutional Court heard an appeal in a case involving a police officer, Johannes Mongo who shot his partner, Elsa Booysen, in the face with his service pistol.

Mongo was a constable with the South African Police Service (SAPS). On 22 March 2013, after starting his shift, he went to Booysen’s home for a meal. After their meal, Mongo drew his service pistol and shot Booysen before committing suicide. When Mongo shot Booysen, he used his official SAPS firearm, he was dressed in his uniform and he was on duty.

Generally, the requirements for vicarious liability are that an employee committed a wrongful act that meets certain requirements (known as a delict) while the employee was acting within the course and scope of his or her employment.

In this case, the parties agreed that Mongo had committed a delict - he had shot Booysen. However, the parties disagreed on whether Mongo’s actions were within the “course and scope of his employment”.

The Constitutional Court first considered the issue of police officers and vicarious liability in the case of K v Minister. In that case, three on-duty officers offered a woman a lift home in a police car and then raped her. The court found that the state was liable because there was a “sufficiently close link” between the police officers’ actions and their jobs as police officers. This was partly because K had placed her trust in the men because they were police officers. The other factor taken into account was how, by committing a crime, the officers had failed in their duty to protect K from crime.

The issue was again considered under slightly different circumstances in F v Minister. In this case, a police officer on standby duty offered a young girl a lift home in an unmarked police vehicle and then raped her in the car. The Constitutional Court again held the state liable because of the trust the girl placed in the officer by virtue of his job.

In Booysen’s case, the High Court initially found that there was a sufficiently close link, particularly because Mongo used his service pistol. The court found that the state should be liable because it created the risk by providing Mongo with a dangerous weapon. However, the Minister appealed against that decision and the Supreme Court of Appeal found that the Minister should not be liable. This decision was based on the fact that Booysen and Mongo had been in a relationship and Booysen’s trust in Mongo was not a result of him being a police officer.

Booysen has now appealed to the Constitutional Court and argued that the fact that Mongo was in uniform, was on duty and used a service pistol to commit the delict should create a sufficiently close link. The Minister is opposing the appeal on the grounds that the other cases do not apply where a police officer harms someone who knows him.

The question for the Constitutional Court is whether the state should be held liable where a police officer harms a partner using police equipment.