Should you be prosecuted for exposing someone to HIV?

Many have been found guilty despite lack of scientific evidence 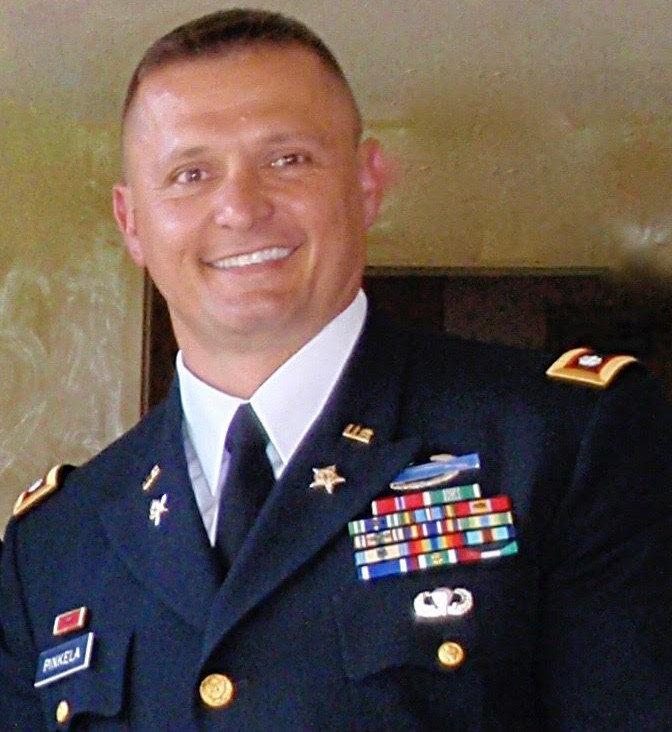 Kenneth Pinkela was found guilty of assault by a US military court for exposing another solider to HIV, a charge he denies. He spent nearly a year in prison and has been dismissed from the US army. Photo supplied

By Ashleigh Furlong and Nathan Geffen

Should people who transmit HIV be prosecuted? This was the subject of discussion at the International Aids conference in Durban last month when an American soldier, Kenneth Pinkela, told the story of how he was convicted for exposing another soldier to the virus, which he denies.

Pinkela’s is one of the more recent among many court cases involving the transmission — real or imagined — of HIV.

Willie Campbell, an HIV-positive African American man, was sentenced in 2008 to 35 years in prison for spitting in the mouth and eye of a police officer. The Texas jury found that his saliva was a deadly weapon. Yet it is virtually impossible to transmit HIV this way.

David Gutierrez, an HIV-positive sergeant in the US Air Force, was sentenced to eight years in prison after being found guilty of aggravated assault for failing to inform a number of partners about his status. On appeal in 2015, the conviction was overturned and he was instead found guilty of assault by battery.

An American court found Michael Johnson guilty of “recklessly transmitting HIV” in 2015 and sentenced him to 30 years. Johnson is a black gay wrestler better known by his stage-name Tiger Mandingo. The racial stereotypes that pervaded his trial are described in a powerful article by Steven Thrasher on Buzzfeed.

In Canada, Ugandan-born Johnson Aziga was convicted of two murders in 2009, because he sexually transmitted HIV to two women who subsequently died of AIDS. He was sentenced to life in prison.

Samukelisiwe Mlil, a Zimbabwean woman, was found guilty in 2012 of intentionally infecting her husband, despite claiming that she disclosed her status to him and seemingly without any evidence of which partner infected the other.

A South African court convicted Lovers Phiri of attempted murder for having unprotected sex with his former girlfriend without informing her he was HIV-positive.

These are a mere handful of the prosecutions of HIV-positive people around the globe for transmitting or exposing people to HIV, or not disclosing their HIV status to their sexual partners. They have been prosecuted using laws specifically passed to deal with HIV, as well as general criminal laws.

According to a recent report, Advancing HIV Justice 2, 72 countries have HIV-specific criminal laws. During the 30-month period covered by the report there were at least 313 arrests, prosecutions or convictions in 28 countries.

In South Africa, no specific laws criminalise the non-disclosure, transmission or exposure of HIV. The South African Law Reform Commission decided in 2001 that it would “not be principled” to enact new legislation.

General criminal laws were applied in the case of Lovers Phiri, an HIV counsellor, who was convicted of attempted murder for having unprotected sex with his former girlfriend without informing her of his HIV status. The court believed that it was not necessary to prove that HIV was indeed transmitted from Phiri to his ex-girlfriend for him to be found guilty. His appeal to the Gauteng High Court failed in 2013. He was sentenced to six years in prison.

Professor Annelize Nienaber of the University of Pretoria criticised the court’s finding as “unscientific” because “it fails to distinguish between different levels of risk per exposure to HIV”.

As GroundUp has previously reported, a study has shown that transmission is no more than a theoretical risk when someone is taking [antiretroviral treatment] and the virus has become undetectable in his or her blood.

Kenneth Pinkela was a lieutenant colonel in the US army. He was convicted in a military court of aggravated assault after exposing another soldier to HIV. He spent nearly a year in military prison and has lost his pension and medical benefits. Since then, Pinkela has been campaigning for his case to be overturned.

He appealed his conviction, which resulted in it being converted to a lesser offence of assault and battery. Nevertheless, his dismissal from the army, along with the loss of benefits stood.

Pinkela spoke to GroundUp at the Durban Aids Conference. He denied ever having sex with his accuser, Christopher Hamilton. He says Hamilton knew of his HIV status before they met.

“He wanted to blackmail me,” said Pinkela.

Pinkela believes that the judge and prosecution were homophobic and says he was denied the chance to undergo a polygraph test.

“They haven’t just got me. They’ve got my parents… I’m now a burden on social services,” said Pinkela, explaining how he has been forced to move in with his elderly parents.

The court record shows the uncomfortable invasion into Pinkela’s and his accuser’s sexual lives. For instance, Pinkela’s mother testified that she would have been aware if her son had sex with his accuser in her house, because she could hear him “flatulate” (fart). Pinkela’s ex-wife was cross-examined in detail about her and Pinkela’s sexual preferences, as was Hamilton.

Constitutional Court Judge Edwin Cameron has argued that even if HIV-positive people, who know their status, have unprotected sex and without stating their status to their partners, they should be prosecuted only if they were intentionally trying to infect their partners. It’s a sentiment echoed by Sean Strub, who directs the Sero Project, an organisation campaigning to end HIV criminalisation laws.

“The enactment and enforcement of HIV-specific criminal laws – or even the threat of their enforcement – fuels the fires of stigma. It reinforces the idea that HIV is shameful, that it is a disgraceful contamination. And by reinforcing stigma, HIV criminalisation makes it more difficult for those at risk of HIV to access testing and prevention,” wrote Cameron.

UNAIDS supports this position, saying that the criminalisation of HIV transmission “risks undermining public health and human rights”. It also points out that women often “may not be able to disclose their status for fear of violence or other negative consequences.”

Many involved in this debate say that the criminalisation of HIV transmission should be limited to cases where a person intentionally tries to transmit HIV to someone else, and succeeds.

But such “malicious acts in the context of HIV are rare,” states Advancing HIV Justice 2, pointing to evidence that “most people living with HIV who know their status take steps to prevent transmitting HIV to others”.

Udo Schuklenk, a bioethicist, believes that if a HIV-positive individual who is aware of their infection, and is not on treatment, has unprotected sex without informing their partner of their status, then there is a “fair enough case to make that the person intentionally subjected the partner to a significant risk of bodily harm” and that they should possibly be prosecuted.

Schuklenk compared this to knowingly selling a second hand car to someone without informing the buyer that the brakes were defective.

Describing the opposition to criminalisation as “AIDS exceptionalism”, Schuklenk said, “If I go out and I have a life threatening illness and I knowingly subject you to the risk of acquiring it, I would be prosecuted. It is implausible to place the sole responsibility for transmission prevention on the HIV-negative individual.”

Edwin Bernard, a leading campaigner against HIV criminalisation and one of the authors of Advancing HIV Justice 2, disagrees: “HIV exceptionalism is when 72 countries have laws specifically criminalising the sex lives of people living with HIV. HIV exceptionalism is when the criminal justice system treats HIV, and people with HIV, as monsters. The criminal law should treat like harms alike. If we really wanted to end HIV exceptionalism we should have no HIV-specific criminal laws, and use general laws to prosecute those extremely rare, egregious case of malicious, intentional serious disease transmission, of which HIV is just one.”

A 2014 Canadian study showed that most HIV-positive people do actually disclose their status to their partners or they know their partners are HIV-positive. A 2013 review of surveys conducted in the US, Canada and the UK, found that while people were aware of laws on HIV transmission, they did not understand them accurately. The study found that “HIV criminal laws do not seem to affect” how people disclose their status to their sexual partners. But it did find that the laws may “exacerbate HIV transmission”.

Another recent study on HIV criminalisation in sub-Saharan Africa showed that of the 26 countries that have HIV-specific laws, 24 criminalise non-disclosure, exposure or transmission. In 16 countries the law is so vague that it could be used to prosecute a woman who transmits HIV to her child either during pregnancy, delivery or breastfeeding. Also in 16 countries, if people disclose their status before sex, they can still be prosecuted.

“There’s this idea that people with HIV are bad,” Edwin Bernard said. “I’m not saying every single prosecution is unjust but a large proportion are.”

The headline of this story was changed after publication.