Shortage of maths teachers in the Eastern Cape 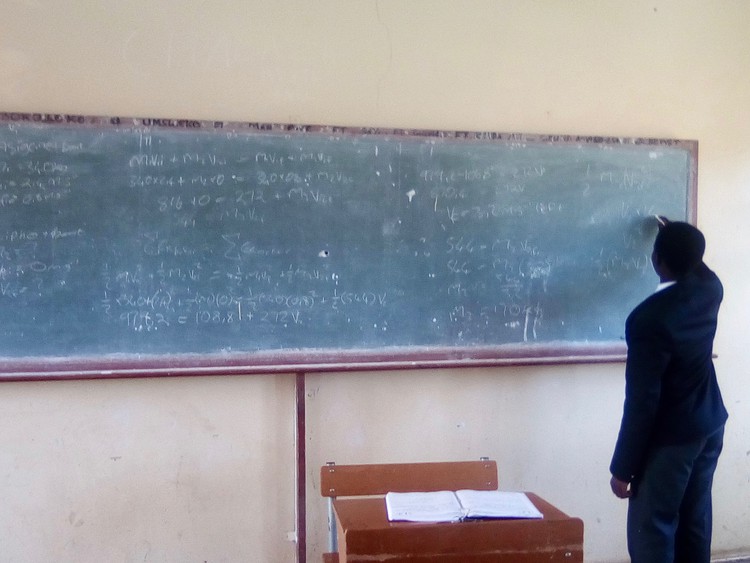 Schools in the Eastern Cape are battling a shortage of maths and science teachers. In Simzamile Senior Secondary in King Williams Town for example there is only one teacher for maths. At Umzuvukile High School in Soto there is no grade 8 maths teacher. Dalubuhle High School in Alice has not had a single maths teacher since the start of the year.

The principal of Dalubuhle, Willie Fihla, said, “Our previous teacher moved to another school. I am sure the Department of Education is aware of this; I have reported it.”

“Our learners are taught by teachers who visit from other schools. Other than that, they hold camps on weekends with maths tutors from around the area … Our pupils really battle with this, but they are doing their very best to perform well and battle along,” said Fihla.

The principal at Umzuvukile, Ncedo Mfana, said, “I believe the responsibility lies with the Department of Education to find a teacher for us. This has been the case for three years now that no one is responsible for teaching maths at grade 8.”

Eastern Cape head of Equal Education Luzuko Sidimba said, “Last year, the learners marched to voice their concerns with the department, but the MEC didn’t respond or address any of those. We even went as far as having night vigils at the department buildings in King Williams Town. But you still find schools with no maths and science teachers today.”

The lack of qualified teachers for these two crucial subjects has contributed to the Eastern Cape’s poor matric results compared to other provinces in past years.

Spokesperson for the provincial Department of Education Malibongwe Mtima said, “In Dalubuhle, the issue of no maths teachers has been brought to our attention and we are working hard to make sure that this is addressed as soon as possible. One of our main challenges is that we advertise these posts but people have no interest in applying for them … The fact is that there are very few teachers who are skilled in these areas of teaching.”

MEC for education in the province Mandla Makupula confirmed earlier this month that 2,727 teachers were found to be unqualified for the subjects they teach in the Eastern Cape.