Two men sleep on the pavement outside the College of Cape Town. Photos: Masixole Feni

Recently the City of Cape Town has drawn sharp criticism and been accused of harassing people who live on its streets, in particular for the issuing of fines under the Public Places and Prevention of Noise Nuisances bylaw.

In a press statement on 2 July, the City said that in the first three months of 2019 it had received about 3,051 complaints from the public about anti-social behaviour by people on the streets. The City had issued about 199 fines.

Khan said the bylaw does not target homelessness but regulates behaviour on the streets. 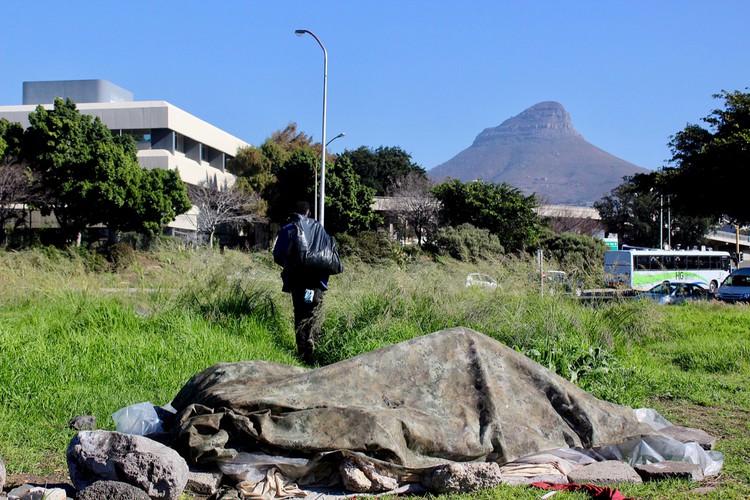 Khan said, for instance, that at the Napier Street Haven, a group of 16 people, among them people suspected of dealing drugs, set up a camp on the pavement near the entrance of a primary school. He said law enforcement dealt with it. “With no fines or imprisonment, simply the threat of further action got this group to make different choices. Some were admitted to the Haven,” he said.

In another case, Khan said 23 people took over the pavement under the Nelson Mandela bridge at the corner of Chapel and Russell streets.

He said crime became associated with the group and the community rallied. After two years of agitation and offers of help extended to the group, law enforcement stepped in and the group is gone. “No fines or imprisonment involved,” he said.

“Exemptions from the bylaw for homeless people will increase impunity and lead to worse social conditions on the street. I haven’t heard a similar exemption being called for on our beaches, where at least we have toilets available,” Khan said. 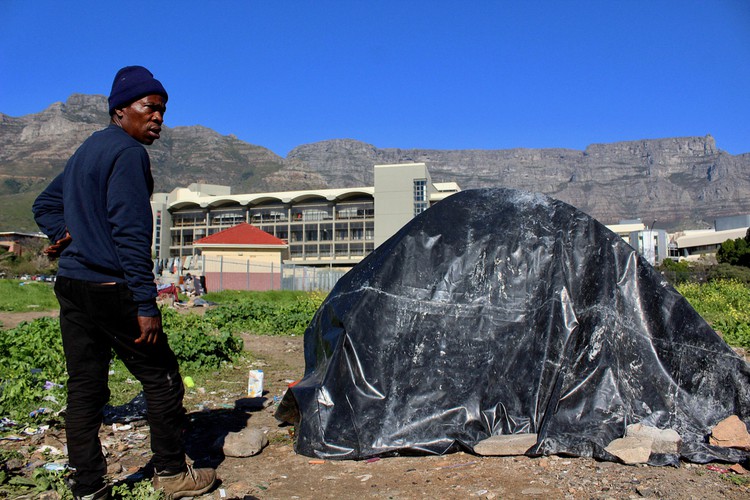 Salehe Yahaya, originally from Dar es Salaam, Tanzania, has been staying on the streets of Cape Town for four years and before this for four years in Johannesburg. He makes a living pushing trolleys for vendors on the Grand Parade.

But Anastacia Williams, who is homeless and lives with a group of about six people on Voortrekker Road in Elsies River, told GroundUp she has been fined R500 on three occasions.

“You find good [law enforcement] guys who feel sorry for you and enter wrong details such as spelling your name wrongly, intentionally. They then give you a warning,” she says. She has never had to pay the fines.

“Government should come up with initiatives to help us earn income. A lot of us would like to work but we don’t have IDs. They should come down here to talk and offer help,” she says.

Williams has been living on pavements in Parow and Elsies for eight years. She said that she studied accounting but gave up her work as a stores manager to care for her grandmother until her death. But she fled the home in Bonteheuwel after coming into conflict with her grandfather’s new wife.

Greg Francis, a sales manager at a shop where Williams and her group are encamped, said litter is an issue and people are forced to walk in the road around the homeless camp. The group has also removed drain covers to create storage place for their bedding and cardboard boxes. He said the drain gets blocked and the area outside his premises floods when it rains. He thinks having the group outside makes customers hesitant to enter his shop.

But Williams says the nearest shelter is in Bellville. It charges R30 for sleeping and R20 extra for a bath. She doesn’t like the shelter because couples are separated. She prefers to sleep on the street. 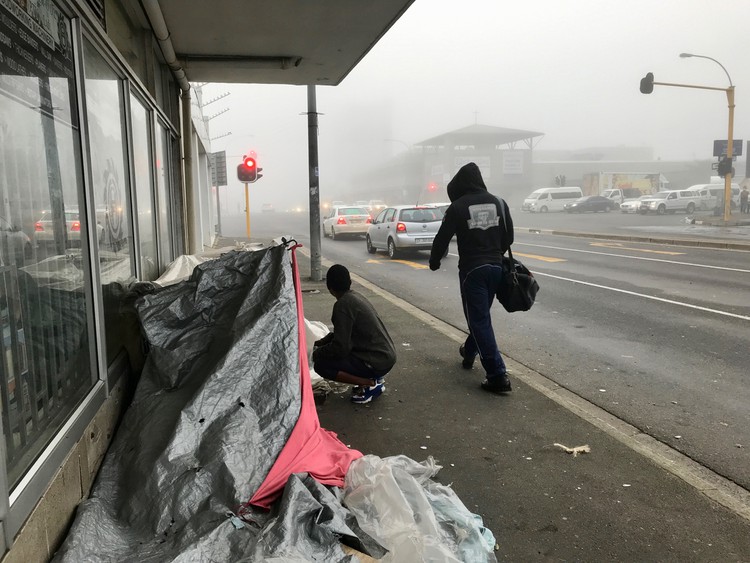 Anastacia Williams lives with a group of about six people on Voortrekker Road. They pack up their things early in the morning before law enforcement arrives.