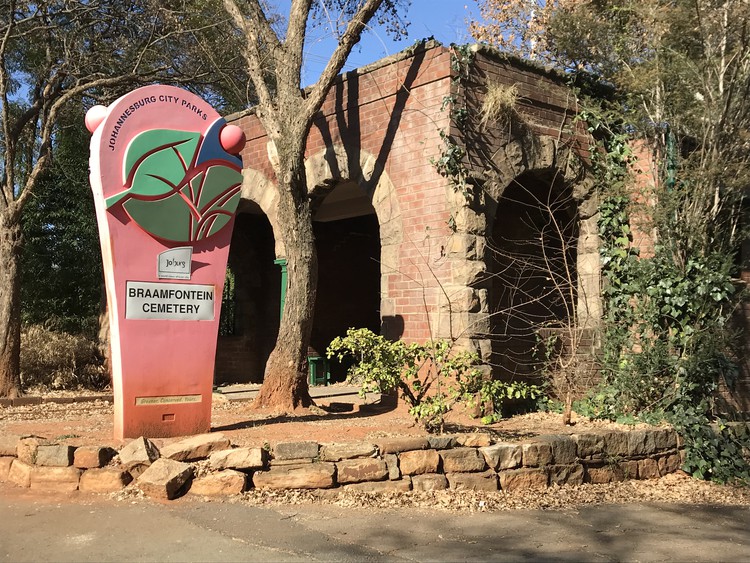 “On 10 July, there were 125 funerals at Olifantsvlei Cemetery in the South. Before Covid-19, we would do ten to fifteen midweek burials. These numbers have increased, ranging from 44 to 86 daily funerals during the week,” said Johannesburg City Parks spokesperson Reggie Moloi.

City Parks is responsible for 37 cemeteries and two crematoriums across the City of Johannesburg.

The third wave of Covid-19 infections has surpassed previous waves in Gauteng, and burials and cremations have increased sharply over the past three months in Johannesburg.

According to the South African Medical Research Council (SAMRC), there were 3,590 excess deaths in Gauteng for the week of 11 July.

A 23 February paper from the SAMRC estimated that “nationally 85-95% of the excess natural deaths are attributable to Covid-19.”

According to the Gauteng Department of Health, 4,714 people have died from Covid-19 to date in Johannesburg alone.

Moloi said they have had to change their shift system to ensure that there are people who are available to dig graves every day. “We are rotating our workers, so those who work today, will be off tomorrow and then back at work the following day. But in some instances, there have been no breaks because of the high demand for graves,” said Moloi.

While new graves can be dug using machines, graves where there will be a reburial have to be dug manually, he said. Reburial is when a grave that has been already used is reopened to add another relative’s corpse.

Despite the increase in burials, Moloi stressed that Johannesburg was not running out of burial space. There are 1,016,000 new burial plots still available, he said.

“We have 37 cemeteries, four of which are active. The other 33 are passive, meaning they are used for reburials only. At Avalon Cemetery, there have been 440 reburials from 1 July to now,” said Moloi.

According to Dr Lawrence Konyana, deputy president of the National Funeral Directors’ Association of Southern Africa, funeral parlours and undertakers are feeling the strain.

“Most funeral parlours in Johannesburg are running at capacity at the moment. A colleague of mine was saying he has never seen so much death before. It is quite difficult but we are trying to push as much as possible to ensure that we assist bereaved families during this time,” said Konyana.

Konyana, who also runs his own funeral parlour, said, “We used to work from 8am to 5pm but now we start at 7am and finish at 7pm. We are under a lot of pressure; our days are full, there is a lot of paperwork to get through and sometimes the fatigue kicks in. Sundays used to be our rest days but for the last three weeks, we have had to work on Sundays.”

To ease the burden on staff, Konyana said many parlours are also encouraging families to bury their loved ones during the week.

Crematoriums are also under strain. Moloi told GroundUp that crematoriums cap cremations at 14 per day. “The machines can only be used for a specific period and they need too cool in between,” he said.

Moloi said that the unrest that swept across the country last week did affect crematoriums, as there was a delay in gas deliveries.

Konyana said that the unrest had affected funeral parlours too. “Coffin supply was also impacted as most of our manufacturers are based in the KwaZulu-Natal area. They had to close down last week and no deliveries were coming through, so we are trying to catch up at the moment,” he said.