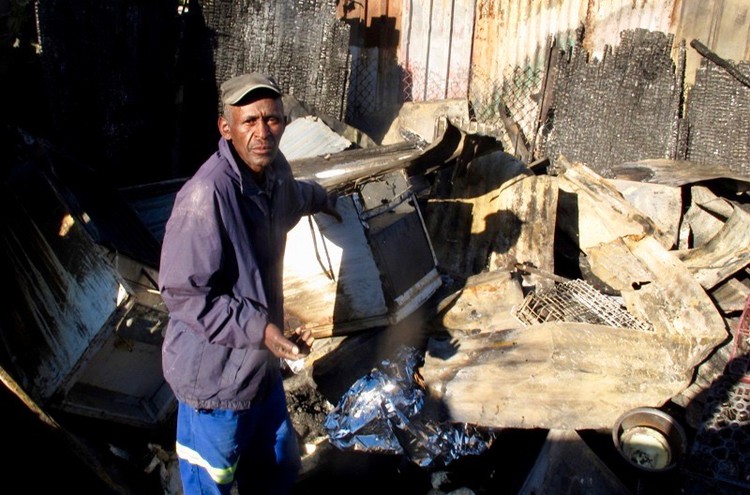 On Sunday, a shack fire in Nyanga led to the loss of life of three people – a couple presumed to be sleeping at the time and a single man in another shack.

The four backyard shacks destroyed were behind an RDP house at Dyosi Street, Phase Two Lusaka section, Nyanga. The Cape Town Fire Department reacted swiftly, but the shacks had already burnt to the ground. The backroom of a three-roomed RDP house was also badly damaged.

Nokwanda Luthuli, a neighbour, said she and her relatives were woken by screams. “It was around 3am and everything happened very quickly. We all tried our best to douse the flames with buckets of water, but we could not do much.”

“I am just very appreciative for the quick reaction by the firefighters … It would have been a bigger disaster,” said Luthuli.

The owner of the RDP house, Nokhanyo Selani, was admitted to Gugulethu Hospital for shock.

Themba Selani, whose shack caught alight but who survived the fire, said he was dragged out by neighbours.

Sithembele Selani, his cousin, lost his belongings including a refrigerator and a stove. “We are very desperate. I do not even know where we will sleep tonight,” he said.

Spokesperson for the Cape Town Fire Department Liezel Moodie confirmed the incident and said that Cape Town Disaster Management does provide humanitarian aid, including a building start up kit for fire victims.