Sewers blocked for months in Pietermaritzburg

Municipality admits to a problem with payments to drainage contractor 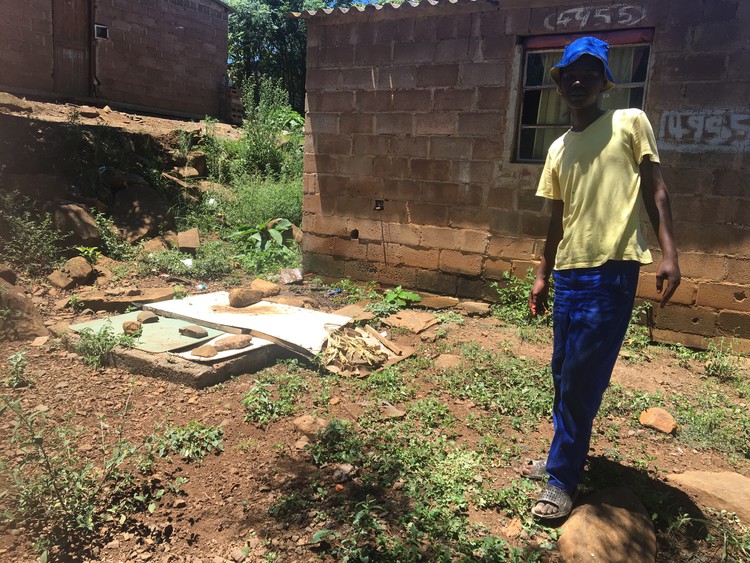 The drain outside Smanga Mtshali’s house has not been emptied for months. Photo: Nompendulo Ngubane

Msunduzi municipality has promised to empty sewers which have been full for months, forcing residents of France location to keep their windows closed to avoid the smell.

The toilets in the houses flush into drains outside which have to be emptied by drainage trucks. Residents say the trucks have not been seen since March 2018.

“We keep our windows closed to avoid the smell from getting inside the house,” said resident Smanga Mtshali.

“I can’t even sit outside under the tree when it is hot,” said Mtshali. “We would empty the drains ourselves if we had protective clothing such as gloves.”

Some of the residents have decided to cement the drains closed and use other toilets.

“We can’t live like this,” said Buhle Zungu. “My family decided that we cement the drain. When it was raining the drain would be full and what was inside would come out. We are no longer using the toilet. We now rely on a pit toilet that we decided to build. If that toilet becomes full we will build a new one,” she said.

Ward councillor Sibongile Mncwango said the drain cleaning service had been outsourced by the municipality and there had been problems with payments.

“The situation worsens when it rains. The drains become full and that is a health concern. The municipality still has to sort out the payments issue,” said Mncwango.

Msunduzi spokesperson Ntobeko Ngcobo said the water and sanitation department was working on the issue. She said the delay had been caused by a financial challenge which had since been addressed.

“The community can expect service soon. We apologise sincerely for the inconvenience caused,” said Ngcobo.