“I am living and working for the next meal” 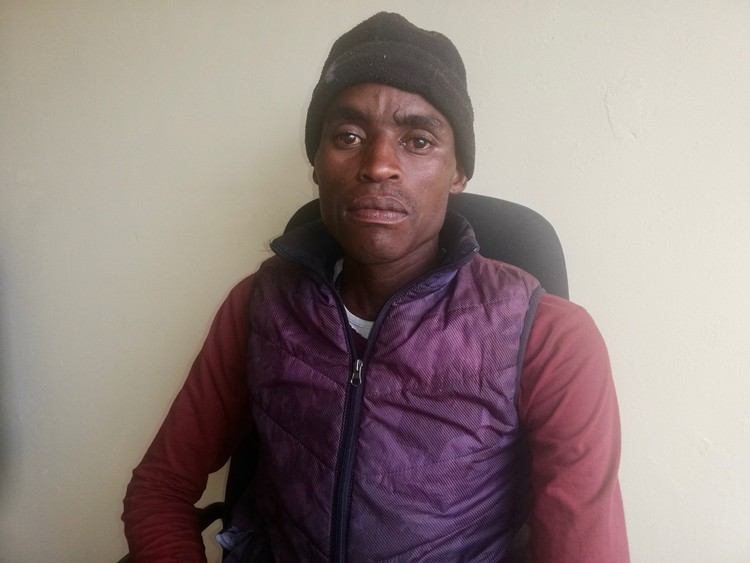 Khumbuzile Phakamile pushes a trolley through the streets of Masiphumelele picking up empty beer bottles hoping to sell them at 50 cents each to local shebeens. When he spoke to GroundUp he had just been turned away without selling a single bottle.

“Some days I go with a full trolley and they turn me away. There’s nothing I can do about it. I try my luck but I can only hope every time,” says Phakamile, 35.

When he fails to sell any bottles he knocks on doors around Masiphumelele offering gardening services for R20. “People think I am crazy for asking so little but I am desperate for anything that I can get. I am living and working for the next meal.”

Phakamile says that as a last resort he begs at traffic lights. “I don’t like it because people shout at you and tell you to stop being lazy. They don’t know how much I wish I could wake up every morning and go work. They don’t know that standing by the robots is my last resort just so I can have something to eat.”

He has tried numerous times to wait on roadsides for passing casual work opportunities, but he says: “There are too many people there so chances of getting a job are slim.”

They don’t know how much I wish I could wake up every morning and go work. They don’t know that standing by the robots is my last resort just so I can have something to eat.

Phakamile is from Dutywa in the Eastern Cape. He reached grade 10 at school but because of financial difficulties had to drop out and find work. He worked for years at a construction company in Mpumalanga, but was retrenched in early 2015. After struggling to find work he moved to Cape Town but has not found a job there either.

He lives in a one-room shack without electricity in the wettest part of Masiphumelele wetlands informal settlement.

He is the oldest of three siblings. One works in Mpumalanga and the other stays with relatives in Dutywa. Both his parents have passed away and he doesn’t have children.

“As the oldest child I wish I could to do more for my siblings and maybe have a family of my own, but how do you have a family when you barely have anything for yourself?”

I have tried standing on the side of the road but there are too many people there so chances of getting a job are slim.

He says on the days he has more food he saves it in case he comes home the next day empty-handed.

“I eat once a day only at night then try to keep myself busy the whole day so I don’t feel hungry. It’s difficult but that is my situation and I have to make the best of it even if it means eating once a day,” says Phakamile.

“I do not want to do crime that is why I’d rather go stand at the robots no matter how hard it is. It’s way better than living a life of crime and robbing people of things they have worked hard for.”