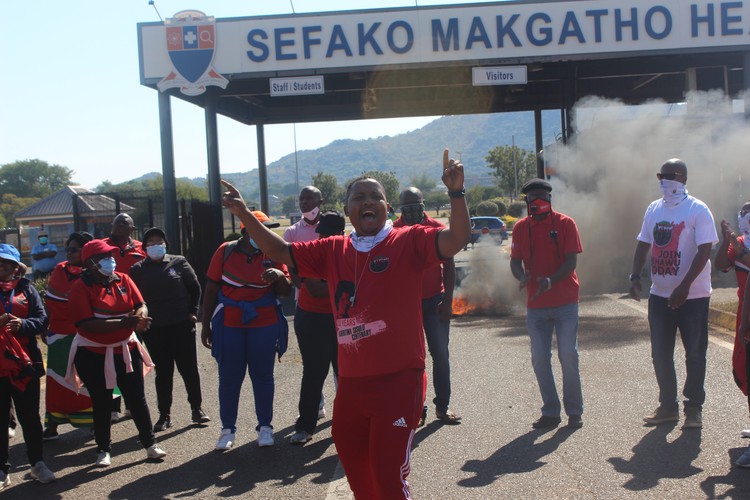 More than 300 workers at Sefako Makgatho Health Sciences University (SMU) in Ga-Rankuwa, Pretoria, have reached an agreement with management, ending a three-week strike.

The workers, affiliated to the National Health, Education and Allied Workers Union (NEHAWU) downed tools on 10 May. They were demanding a 6% pay increase, while management had offered 3.5%. In a memorandum, they also demanded a once-off payment of R2,500.

NEHAWU chairperson at the university, Mulaudzi Tshifhiwa, said they decided to call-off the strike after Vice Chancellor Professor Peter Mbati’s offer on Wednesday of a 4.5% increase.

Tshifhiwa said the increase would be backdated from April and all workers would receive their money in June. He said management had also agreed to the once-off payment of R2,500 which is to be paid in October. Workers, however, are demanding that it be paid as early as July.

SMU spokesperson, Dr Eric Pule, confirmed that workers would return on Monday. He did not respond to questions about when classes would resume.

SRC President Thato Maseko last week told GroundUp that the student body also submitted a memorandum of demands, detailing issues “of renovations of student residences, the implementation of a Gender Based Violence policy and the establishment of the Gender Equity Office”.

“We have received three responses already from management but we are not satisfied,” he said.

Maseko warned that should they not get a more substantial response from the university, students would protest.