“That money was going to help me because I have a family in the Eastern Cape depending on me.” 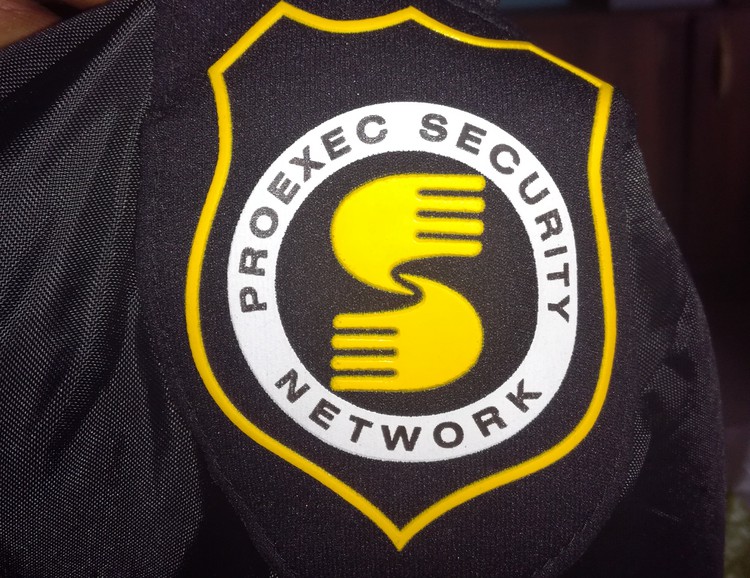 Proexec Security has not been paying its workers’ provident fund. It is also accused of not paying UIF. Photo: Barbara Maregele

When a 32-year-old security guard resigned from Proexec Security Network in Sea Point earlier this year he discovered that the company had not been paying his or his colleagues’ provident fund for several months. This despite the company still making deductions from worker’s salaries.

The former Proexec employee has asked not to be named because he fears being victimised for speaking against a “well connected” company. GroundUp has seen several recent payslips of workers showing deductions made for UIF and the Provident fund.

He said the trouble began early last year when the company began paying their salaries later than the 4th of the month. “We became suspicious that something wasn’t right. We usually get paid on the 4th, but for the last few months they paid us late, like on the 7th or 11th,” he said.

The man said that this led him to enquire about his account in December at the Private Security Sector Provident Fund, with which Proexec is registered. He was informed that the company had not been paying the fund. “I was shocked because I’ve been working for the company since 2005 and thought I’d have something to show for that,” he said. GroundUp has seen the former security’s payslips showing monthly deductions of R265.60 for the provident fund.

The former security guard said he resigned in February after the company’s owner Geoff Levy began “dodging questions” by workers. “That’s when I knew they were stealing our money,” he said. The man said after filing for unemployment, he discovered the company had not been paying his UIF either despite R48.92 being deducted from his salary every month. GroundUp could not confirm this.

“That money was going to help me because I have a family in the Eastern Cape depending on me. I have two young children that I need to support. It’s been really hard. I’m struggling,” he said.

Meanwhile, some workers protested outside Proexec’s office at the Sea Point Medical Centre on 18 April over the late payment of salaries that month and about the provident fund. Western Cape SAPS spokesperson confirmed that no arrests were made.

Another protest by workers in January this year left the company’s offices “in a mess and vandalised because the boss was gone,” another worker told GroundUp.

A security guard who is still employed by Proexec and whose identity is known to GroundUp said the company was yet to provide any explanation to the workers.

On Tuesday, GroundUp spoke to Levy’s wife, Natasha Levy, who said that she was advised by their lawyer “not to comment any further” but that their business “was going through tough times”.

Late on Tuesday, Yolani Nyikana, national operations manager at the Private Security Sector Provident Fund confirmed that Proexec was “registered, but not compliant” due to outstanding fund payments of over R2,6 million.

“The Fund has subsequently issued [Proexec] with a letter of demand for failing to honour the agreement to date. Should the employer not comply with the agreement, the matter will be moved to litigation,” he said.

When GroundUp contacted Natasha Levy again on Wednesday morning, she attributed their financial crisis to Proexec losing most of their clients in February and some clients not paying outstanding fees. Levy said the company went from securing 124 buildings in and around Sea Point to just four. “There was a small group of the employees that went around intimidating some of our clients and the staff. As a result, clients weren’t using us anymore. This added more fuel to the fire in terms of cash flow,” she said.

She said that CEO Geoff Levy has had a mild stroke. “He went silent [because of the stroke] and people began coming up with their own stories. The staff think he is rich, but he isn’t. I stepped in to keep things running in March. That’s when we had two incidents where some staff accessed the offices and vandalised it. One of our vehicles was also damaged,” she said. The owners of the building where their offices were situated have since “locked us out due to safety concerns,” she said.

In response to questions about the lack of communication with their workers, Levy said the matter “was being dealt with” and that her efforts to talk to employees have been challenging.

“Trying to explain the situation to them has been frustrating because they don’t understand that I can’t give them an exact answer right now. But we are operational and haven’t run away like many of our clients have been told,” she said.

Levy said the company was meeting with the Department of Labour on Monday to discuss these issues.