Science and decolonisation: a way forward 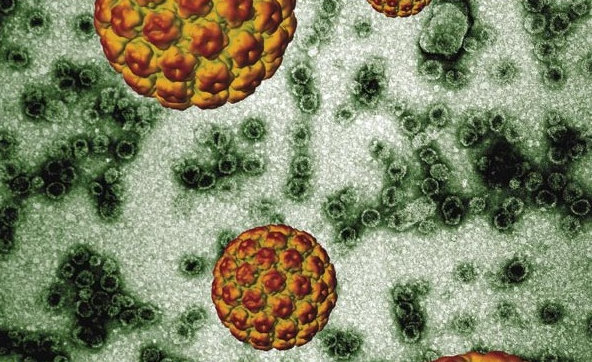 By Nicola Illing and Alastair Sloan

The #ScienceMustFall video clip hit social media headlines in October, and has drawn comment from across the globe. This clip was taken from extensive discussions hosted by UCT Science Faculty Engagements, a student-led group. These discussions were held to explore what the nationwide call by Fees Must Fall (FMF) for a free, decolonised education means for science. These are important debates.

Much is at stake, and a consensus view of what a decolonised science education means to staff and students needs to be found urgently.

As is typical of the current social media age the #ScienceMustFall video dramatically misrepresents the nuanced nature of the discussions that have taken place at UCT over the last few weeks. Many of the points raised have met with broad agreement. Science does not happen in a vacuum, and it should be taught in its historical context. The ethical considerations of both research and the opportunities that new technologies offer need to be widely debated. Students are curious to know how their training in science can be applied in careers outside of academia.

It has however become clear that the call for ‘decolonised’ education means many things to many people. For some it is a call for teaching and research to focus on subjects that will positively affect the majority of South Africans, or at least specifically African questions. For others it principally relates to changing the culture of the university and the demographics of the staff. For the most radical, it requires a rejection of science, because it is perceived as originating in the West.

These are complex issues, many of which are not unique to South Africa. For instance the tension between the prioritisation of applied research, which has a measurable impact on local communities, versus more abstract, basic/blue-skies research is debated around the world. During these campus discussions it has become clear that most of us are unaware of the content of UCT’s actual recent research outputs. This is unsurprising, as the research of universities is performed by a collection of largely disconnected research groups. This work carries on in the background, largely invisible to undergraduate students, who are rightly focused on their lectures, exams, and extracurricular activities.

To get a sense of the research topics tackled by UCT we have looked at two thousand recent (2016) publications which have UCT authors. As a crude measure of the Afrocentrism and social responsiveness of this research body we tallied the papers which have (1) African place names and (2) a few terms that are obviously connected to social challenges this country faces, principally words relating to HIV and tuberculosis research as well as poverty and inequality.

These criteria exclude many papers which have obvious South African interest: diseases such as diabetes and asthma, issues relating to disability and education, fishery conservation and mining safety to name but a few. It also excludes papers addressing other countries in the Global South. It also should be said that many research papers address African subjects without putting the name of the country in the title! Even so this simple search matched over 800 of the 2,000 papers. (Here are the titles of the matched and unmatched papers.)

UCT should be proud of the contribution it makes to global research, and should celebrate the role it plays in bringing African subjects to global attention. It should also be emphasized that African research is often anything but parochial. Studies on tuberculosis performed in Cape Town impact global medical care and South African drought resistant plants could one day play a role in regional food security. It is not by chance that UCT’s research has a distinctly African slant. The University and its staff has long realised that our position in Africa is our competitive advantage. By tackling research that has been ignored by distant competitor institutions, by acting as a conduit for African research, and by positioning ourselves as a gateway collaborator for other global universities, we greatly increase our impact on the global stage.

We can and should do more. South Africa is riven by complex and painful challenges; UCT researchers should continue to actively identify and contribute to finding solutions to these problems. It would however be a grave mistake to exclude curiosity-driven research from our institutions. Many of our most globally influential contributions are made in abstract subjects such as particle physics and astronomy. Such research is crucial to maintain our standing as a high quality, globally recognised university and must be celebrated and emphasised by our institutions.

Having spoken of the successes of South African science it is necessary to also warn against complacency. Global knowledge production is accelerating exponentially as more countries focus on the knowledge economy. In South Africa funding for both higher education and research remains relatively low. We are in danger of being left behind.

Some students argued in UCT Science Faculty Engagement sessions that the curriculum is too centred on Western science, and insufficient weight is given to Afrocentric way of looking at things. A fundamental point about science is being missed here. There is no difference between the way science is done in Africa, China or Europe. Science is a global initiative, it is neither Western, Asian nor African. Scientists use a common set of methodologies and build on what others have done, irrespective of the source. There are real dangers to this line of thinking.

One of us, Nicola Illing recently returned from attending the 2016 World Life Science Congress in Beijing where she was invited to present her research on the evolution of flight in the Natal long fingered bat. It was quite remarkable to see the scale at which the Chinese government now fully embraces the concept of global research and has set its eyes on becoming a global player.

This is a far cry from 1970s, when research in China was set back 50 years by the policies of the Cultural Revolution. Nicola met Bao, a Professor of Biomedical Engineering, at the conference and chatted to him about his experiences through this traumatic time when universities and schools were closed for several years.

Bao was in junior school when the Cultural Revolution began. He was separated from his parents, and was sent to work in the fields at Jining County, about 130 miles from home, aged 16. After two years, he was transferred to a factory where he worked on a production line building large engines. Due to the disruptive activities during the Cultural Revolution, schools and universities in China closed down for five years, so he was never given the opportunity to finish school. Luckily his father, who was an engineer, insisted that he take some mathematics books with him, when he was sent to farm. Bao taught himself and after three years of working in a factory was accepted to complete a degree at Shandong University. Bao says that most of his junior school and high school classmates never had a chance to enter a university, which created a generation gap in China in all fields, including science, engineering, humanities and medicine.

All the universities were closed for at least five years during the Cultural Revolution, and most academics were forced to work on a farm or in a factory for a few years. As a result, there was a shortage of academic staff after the Cultural Revolution and it took many years for universities and research institutions to recover. It was only in the early 1980s when the Chinese Government took the bold decision to internationalise research that Chinese universities started to make a significant contribution to the international research community.

Bao advises students who are disrupting academic programmes at South African Universities “You don’t want to be known as the students who destroyed educational opportunities for your peers and the students who follow you, by closing universities. These are precious institutions that should be cherished. It will take many years to rebuild them if they collapse due to inadequate financing or other reasons. Rather you’d better demand that you are given the opportunity of an education to be taught at the highest international standard, so that students trained in Africa can become international leaders in all fields. Science is an international endeavour, it doesn’t only belong to the West.”

Many students at the UCT Science Faculty Engagement sessions expressed feelings of alienation, leading to accusations that science is oppressive and that the learning environment is hostile at UCT. It is clear that some experience their time at university as a suffocating and traumatic. This is unacceptable and must be addressed urgently. One aspect of this alienation is due to the poor preparation provided by the failing secondary school education system in South Africa. Mathematics teaching is one the biggest obstacles to black students entering the engineering, science, commerce and health sciences faculties. Only 15% of students from secondary schools in Khayelitsha matriculate with mathematics. It is clear that the current situation is not sustainable. UCT must not lower the standards of its degree but it should do more to campaign for a better secondary education system. Lecturers should search for ways to stop students’ background from indirectly preventing them from graduating.

While the demographic of undergraduate students at UCT has changed dramatically since 1994, that of the postgraduate students body and academic staff profile have been much slower to change. Students have highlighted the need for accelerated transformation. The university is taking steps to improve this issue but the nature of academic appointments means that progress will inevitably be slow. If we are to navigate the next few years we must learn to reach out to each other more openly across the divides of race and opinion. Students must feel able to engage with lecturers over culturally insensitive statements that may be made or parts of the course with which they are struggling. Lecturers and management must consider the social and historical context of South Africa when teaching and interacting with students. Mistakes have clearly been made, and will continue to be made. There are often two sides to the argument and there are huge barriers to creating the tertiary education system that South Africa requires. However if we, staff and students, can create an open, generous and inclusive space we will build a university that we are all proud of, and can feel comfortable in.

Ultimately for our university to thrive our alumni must look back on their time here with pride and affection. That means we must not alienate large swathes of our undergraduate body. It means we must continue to produce top quality graduates who will excel in industry, academia and the public service in South Africa or abroad. South Africans must know that their country is producing cutting-edge global research and that much of this research is successfully addressing local problems. We hope that this is a view of a decolonised university education that our Faculty can unite behind.