Satire and the City: Zombies and a dead president protest in Cape Town 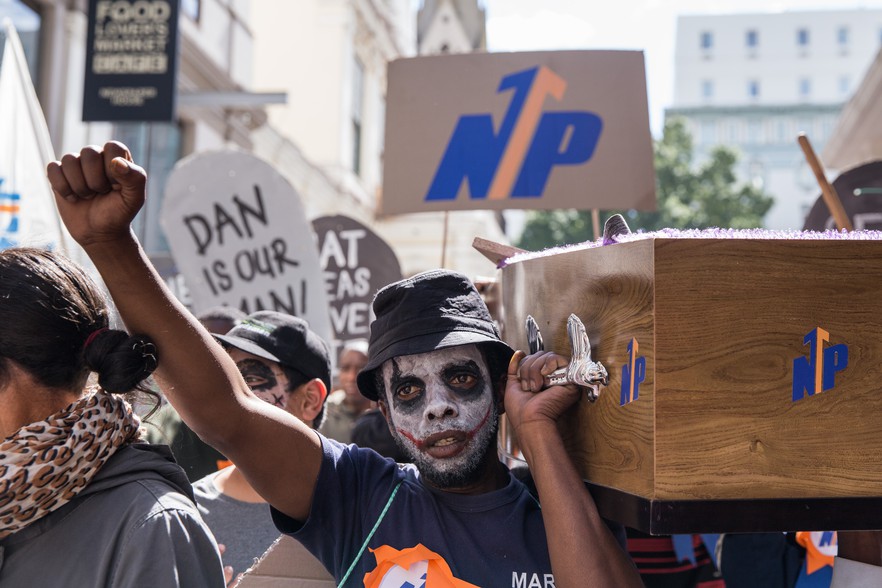 Activist group Reclaim the City dressed up and marched from the Methodist Church to the Cape Town Civic Centre. “Coming back from the dead”, they pretended to be “National Party Zombies” in support of what the organisation called “the Mayoral Committee’s ideology and policies”. All photos: Ashraf Hendricks

About 200 zombies, dressed in National Party regalia, carried the coffin of PW Botha through the streets of Cape Town on Monday.

The satirical march by housing activists was co-organised by Reclaim the City and world-famous guerilla activists The Yes Men.

“Like the National Party, Mayor Dan Plato and the Mayoral Committee refuse to grant security of tenure to hundreds of thousands of poor black people who have found a home in informal settlements on public and private land,” Reclaim the City said in a statement explaining the purpose of the protest. “Despite paying lip service to inclusion no new affordable public housing has been built in well-located former white suburbs for the Black and Coloured majority.” 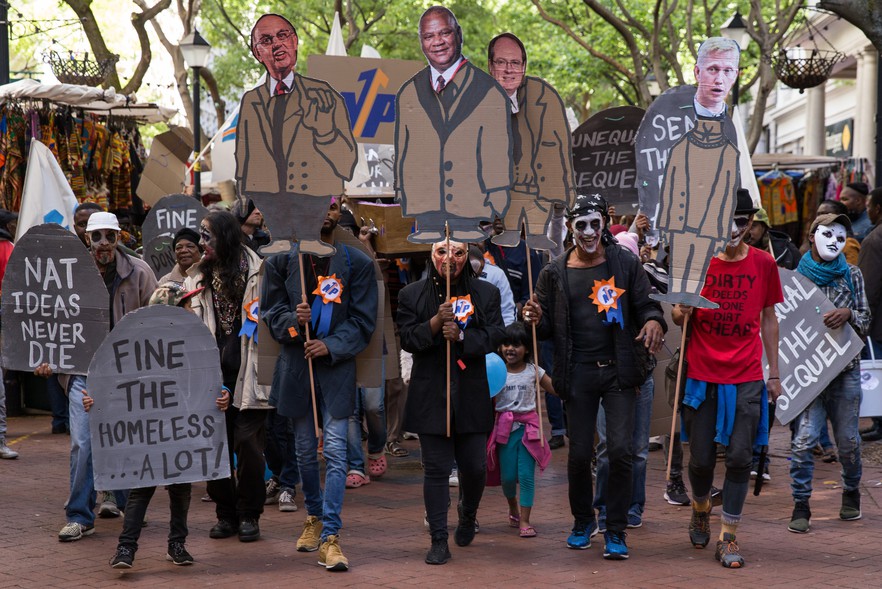 The aim of the march was to highlight segregation, evictions and the sale of public land in Cape Town. As the march proceeded, morose funeral music could be heard from the coffin.

The march proceeded from the Methodist Church on Greenmarket Square to the Civic Centre. There, PW Botha, played by Reclaim the City leader Bevil Lucas, emerged from the coffin. Besides Mayor Plato (a former National Party member), the protesters also aimed their chants at Mayco Member JP Smith.

Tensions between Plato and Reclaim the City have escalated recently following the eviction of 80-year-old Kenneth Blaine from a City-owned property. Plato, without mentioning Reclaim the City by name, accused the group of “propaganda and misinformation” following the eviction. The mayor wrote on Facebook: “I am calling on activist groups, civil society groups, and lobby groups to please not misrepresent information to the media and to the people they claim to serve. You will only erode the trust in your organisations if you do this.”

Shooby Hajie has been staying in Reclaim the City’s occupation of Woodstock Hospital for two years. He said: “I think we did a good demonstration here today. I think the City of Cape Town got the message why we are here. Because I saw that they have been looking at us through their windows.” 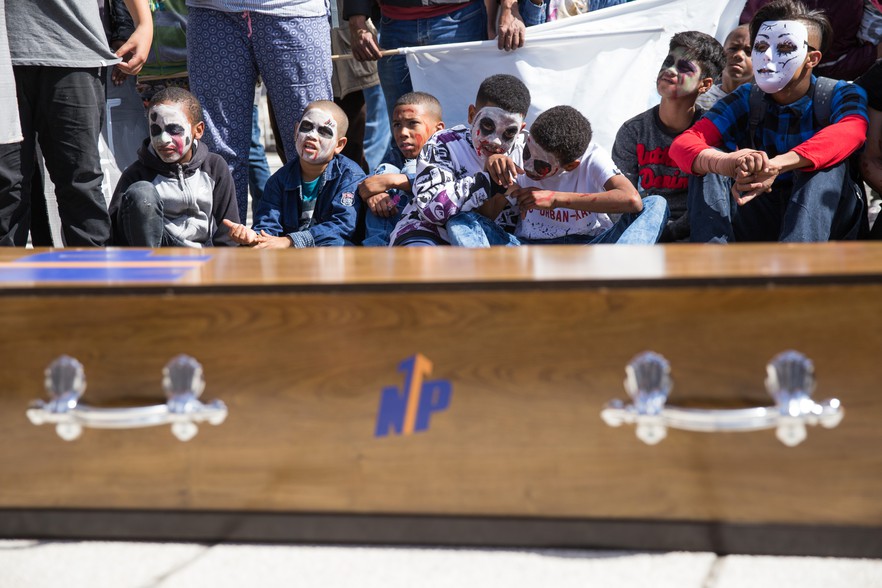 “Today we see another party with similar politics to the National Party,” said an activist painted as a zombie outside the Civic Centre.

Andy Bichlbaum (also known as Jacques Servin) of The Yes Men, who led many of the chants for the protesters, said the march was about about changing public opinion and rallying affected people to take action. The Yes Men is known for some daring political pranks (known as “cultural jamming”). For example, one of the group’s members pretended to be a representative of Dow Chemical on BBC in which he took responsibility for the Bhopal catastrophe. The company’s stock dropped dramatically as people were taken in by the hoax. (See the video on YouTube.) 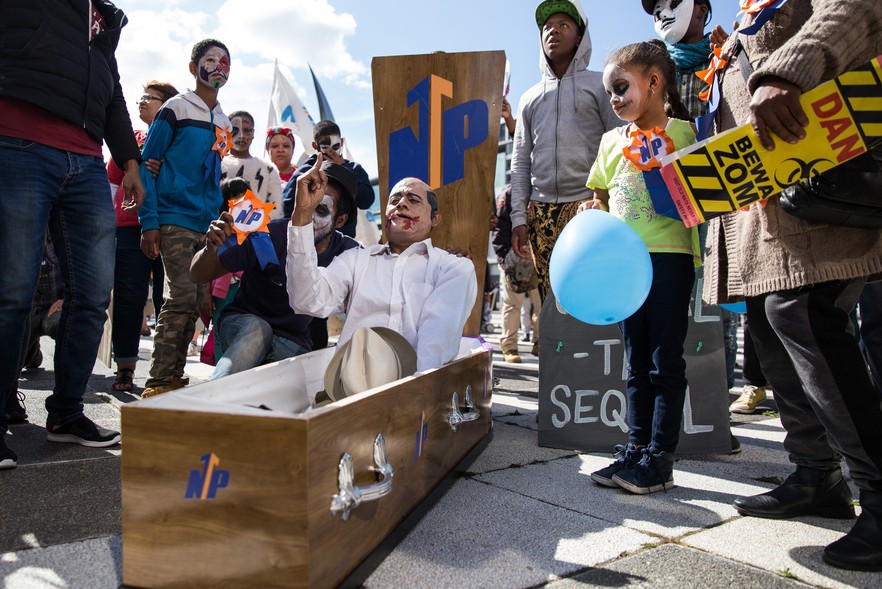 The late apartheid president PW Botha emerged from a coffin at the civic centre.