Some beneficiaries charged up to R50 to withdraw their grants 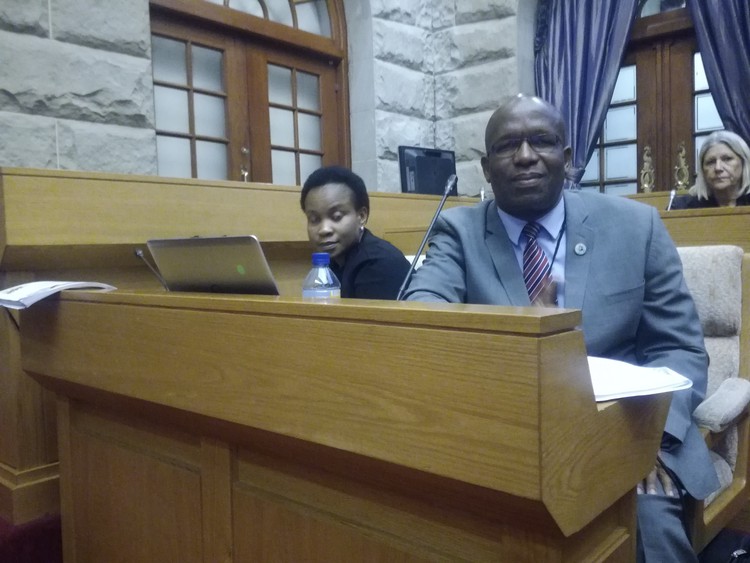 The South African Social Security Agency (SASSA) says a computer glitch resulted in hundreds of beneficiaries being charged up to R50 when withdrawing their grants at stores this month.

“These were mostly beneficiaries still using the old SASSA cards still being paid by CPS [Cash Payment Services]. Yesterday, we were told that there was a computer problem and the deductions would be refunded,” Dianne Dunkerley, executive manager of grants administration at SASSA, told Members of Parliament on Wednesday.

Dunkerley was responding to questions raised by MPs about the “unexplained deduction”. She urged all beneficiaries who were paid less this month as a result of the glitch to “inform SASSA if they are not refunded”.

SASSA was briefing the portfolio committee on social development on its progress implementing the new payment plan with the South African Post Office (SAPO). This payment system seeks to entirely phase out CPS — previously contracted to pay all grants — by October.

With less than two months to meet this deadline, SASSA told MPs that it was “intensifying efforts” to move beneficiaries from the old SASSA card to the new SASSA/SAPO card. The old cards are still managed through CPS.

With the old cards set to become redundant by October, MPs Cheryllyn Dudley and Velhelmina Pulani Mogotsi asked how SASSA would ensure that “beneficiaries in hospitals or old age homes who are unable to come to offices or paypoints in person” are paid after the deadline.

Ramokgopa said SASSA has been conducting over 800,000 home visits to assist beneficiaries swap their cards and to allay any other fears. She assured MPs that new Post Office accounts would be opened on behalf of those beneficiaries. “We will just need to verify them and then they can get their new cards. This means everyone will be paid,” she said.

Ramokgopa added that the Agency along with the Post Office and Bankserv were also investigating reported cases of beneficiaries being charged R10 this month. “This shouldn’t happen because there are no charges on the PostBank account.”

Before ending the meeting, committee chairperson Rosemary Capa acknowledged that glitches were expected while transitioning to the Post Office. She also urged SASSA officials to consider hiring chairs and mobile toilets for beneficiaries waiting in long lines outside Post Offices.

“The Post Office has never been in a state to deal with vulnerable people. Some of these people can’t stand with their sticks for a long time in queues,” she said.

In response, SASSA acting CEO Abraham Mahlangu said, “This is a challenge. We do not have chairs in all the places. But we are urgently trying to improve this. We have told the regional managers to get seating. It’s not an excuse, but keep in mind that people also sat on the grass and stood in long lines at some of old paypoints.”