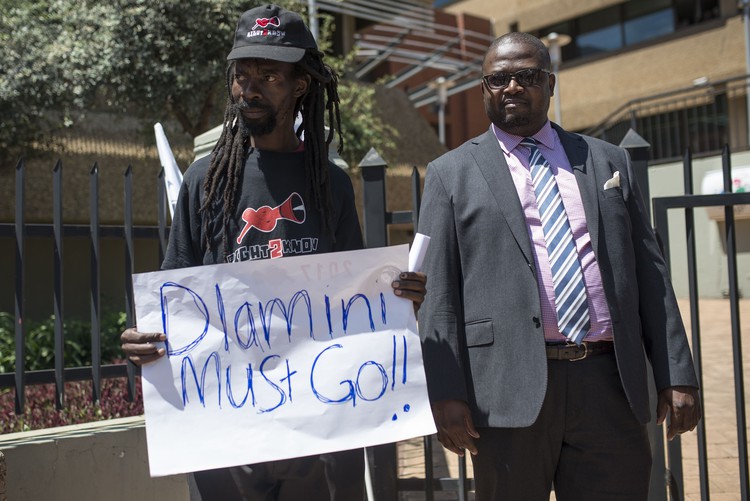 South African Social Security Agency (SASSA) CEO Thokozani Magwaza has trashed claims by Minister of Social Development Bathabile Dlamini that she was unaware of problems with the handover of the social grants payment system to SASSA until October last year.

Dlamini was responding to an order by the Court to show why she should not be personally joined in the application brought by the Black Sash and others over the failed takeover of the social grant payment system from Cash Paymaster Services, and why she should not pay the legal costs from her own pocket. In her affidavit she expressed her “personal contrition and regret” for the anxiety caused to social grant recipients following SASSA’s failure to take over the social grant payment system as planned on 31 March, in line with previous Court orders. But she mostly blamed SASSA officials for the failure, insisting that she had not willfully intended to put the payment system at risk, or to disregard any Court order.

She said that although SASSA officials had known by April 2016 that SASSA would not be able to take over the payment system, she had not been informed until “after October 2016”. She said SASSA officials had not provided her with legal advice that they had received from four advocates, “and I was therefore not aware of the extent of the difficulties that SASSA was in, in the face of the looming 31 March 2017 deadline”.

Magwaza, a former acting director-general of the Department of Social Development who took over as SASSA CEO on 1 November 2016, applied to the Court for permission to offer his own version of events and has now filed his affidavit.

He says that the process of taking over the payment system by SASSA was “derailed” by the Minister, who chose to appoint “work streams” which reported directly to her. He attaches a July 2015 letter from Dlamini to then-CEO of SASSA Virginia Petersen, in which Dlamini announces the leaders of the “work streams” - Andile Nyonyha, Tim Sukazi, Tankiso Parkies, Sizwe Shezi and Patrick Monyeki. The panel, to be appointed for three years, was to report directly to her, Dlamini told Petersen.

Magwaza says that from before his appointment until today the work streams “take instructions from and report to the Minister directly”.

“I need to make the point that since July 2015 the Minister understood the issues, was in control of the process and knew or ought to have known of all developments in this important process and matter,” he says.

He denies that the Minister “engaged with SASSA” over possible options as she claimed. “I wish to clarify that there is no record of the Minister engaging with SASSA to consider available options and solutions to ensure that social grants were paid subsequent to the termination of the contract with CPS.”

It was SASSA officials, and officials of the National Treasury and the Department of Social Development, who explored alternative options, Magwaza says.

But Dlamini “was determined that an internal solution will not be found” and she was against the use of local banks and the SA Post Office, in spite of indications by the National Treasury and the SA Reserve Bank that this would work. Instead she was “adamant” that CPS should continue to pay the grants after its contract with SASSA expired on 31 March.

“To date I have difficulty understanding why the Minister was adamant that CPS be used,” Magwaza says.

He says he has approached Zane Dangor, former director-general in the Department of Social Development, and “prevailed upon him” to file an affidavit countering Dlamini’s claims. Dangor has undertaken to file documents by Monday evening, Magwaza says.