Salt River family ordered to leave their home of 11 years

Nooran Dreyer and her family must leave tomorrow 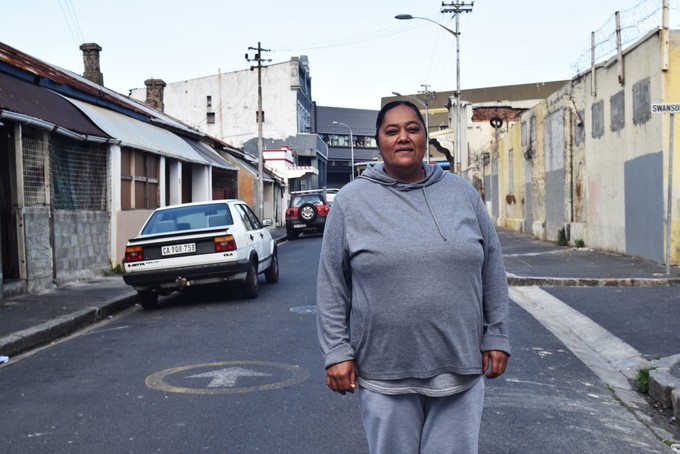 Nooraan Dreyer and her family, including three children and three grandchildren, have been ordered to leave their home of 11 years by 10am tomorrow, Thursday, 8 December. They’re the last of several families evicted by the property’s new owner who intends to turn the Salt River building into office space.

The Dreyers have been under threat of eviction since last year and in July the Cape Town Magistrates Court ordered that she be evicted. After negotiations, Dreyer’s landlord gave her permission to stay on for four months, rent free, and to find alternative accommodation by 30 November 2016.

In Salt River, where rents are increasing rapidly and, according to a News24 article, the average monthly rent is R6,301, this is difficult, particularly for low-to-mid-income earners.

“Four months is reasonable, without rent. But finding a place in that time is not easy,” says Dreyer, especially when there are children involved.

When the eviction date got close, and she still hadn’t found a place to stay, she tried to challenge the eviction and asked for a 60-day extension. But because she had accepted the offer of staying on for four months and had not opposed the eviction order, she was unsuccessful: all she got was a few extra days to move her belongings, and store them with extended family members. On Monday, the sheriff of the court told her she must be out by 8 December.

Under the national Emergency Housing Programme, a municipality must provide alternative emergency accommodation as close as feasibly possible if there is a risk of homelessness. In Dreyer’s case, the City of Cape Town told the court in an affidavit that she is entitled to emergency housing in the form of “a structure” in the Symphony Way Temporary Relocation Area in Delft, also known as Blikkiesdorp, when one becomes available. Blikkiesdorp is currently full but the affidavit states that, because it is a temporary housing, residents sometimes find long-term housing and a structure might become available.

According to the City’s affidavit, Dreyer will be offered an 18 square metre structure “made of non-flammable materials”, with “shared services, access to electricity, refuse removal and high mast lighting.” The City points out: “The court has in various judgements found that the TRA comprises reasonable alternative accommodation for persons facing eviction.”

But Dreyer does not want to go to Blikkiesdorp. “Delft? No, no way. Gangsterism, even though you’re in your house, the guys start walking into your house.”

For her, safety and schooling for the children are priorities.

Another option would be social housing with subsidised rents. But there is no social housing or emergency housing in Salt River, in neighbouring Woodstock or in the inner city at present, though the Western Cape government has agreed to look into the development of 270 Social Housing units on the Tafelberg site in Sea Point.

In an email, Benedicta van Minnen, the City of Cape Town’s Mayoral Committee Member for Human Settlements said up to six projects over the medium- to long-term were planned for Woodstock and Salt River, but full feasibility studies were necessary first.

Dreyer says though she did the right thing – paid rent on time and even offered to pay a little more when the owner first mentioned the renovations – her options for the future seem dire. She is currently waiting to hear about the possibility of renting a home in Kensington or Rugby. If that doesn’t work out, she says, she will set up a Wendy house in an informal settlement close to her former home.