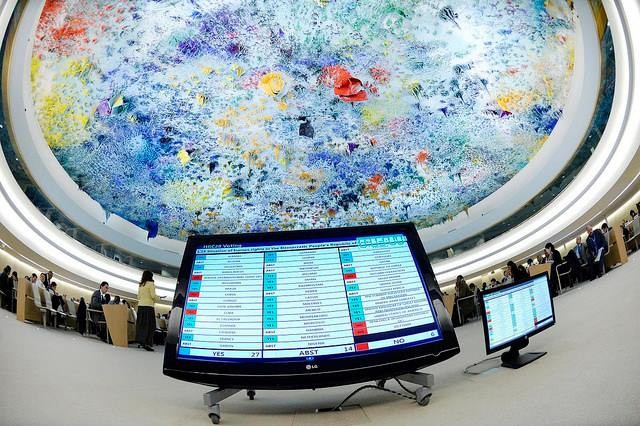 The resolution, aimed at creating safe spaces for civil society to operate, was passed on 1 July with 31 votes for, 7 against, and 9 abstentions.

The resolution, known as A/HRC/32/L.29, was introduced by Chile, Ireland, Japan, Sierra Leone and Tunisia. It was widely supported by civil society around the world; 244 organisations signed an open letter urging members of the Council to vote for the adoption of the resolution, including the Human Rights Institute of South Africa and international organisations such as Amnesty International and Human Rights Watch which have a presence in the country.

The resolution is fuelled by a concern that “in many countries, persons and organizations engaged in promoting and defending human rights and fundamental freedoms frequently face threats, harassment and attacks and suffer insecurity as a result of those activities.”

The Human Rights Institute’s Corlett Letlojane said she was disappointed. “We have a rich history of civic participation in this country. It should be used to create a culture of human dignity on a national and international level .”

Ncumisa Pamella Notutela, the Deputy Permanent Representative of South Africa to the HRC, outlined the reasons South Africa voted against the resolution. She said the Constitution already granted strong freedoms to civil society, so the resolution was not necessary in South Africa.

She stated, “[The resolution] makes an indictment and a generalisation that there is a clampdown on civil society in many countries. In South Africa, there is no clampdown of civil society.”

South Africa also opposed the resolution on the grounds that it implies that current national laws are contrary to international law, does not allow for limitation on free speech for things such as incitement to hatred, creates new reporting obligations for governments and societies, dissolves right of access to information responsibilities for private entities, and violates previously adopted international laws.

Letlojane  was also concerned about South Africa’s opposition to another resolution that would guarantee internet freedom. She said: “There has been racism and hate speech in this country, but that cannot be addressed by voting no on internet freedom. I don’t think human rights are an incitement to hatred.”