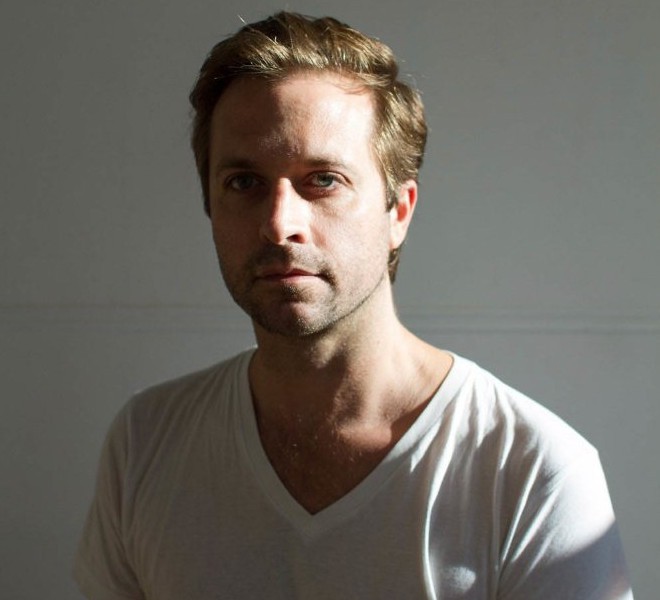 John Trengove. Photo from IMDB by Dean Hutton (copied for fair use)

John Trengove is a South African film director, whose movies include Hopeville and Inxeba. He is a past winner of the Golden Horn Award for Best Achievement in Directing in a TV Drama. He is also the son of well-known advocate Wim Trengove.

Trengove has provided his correspondence with the film festival to GroundUp, which we have published below. His movie The Wound was going to be shown at the Tel Aviv festival. It premiered at the Sundance and Berlin film festivals earlier this year. Trengove describes it as “a queer film set in the context of the Xhosa initiation ritual”. He told GroundUp: “I do think the conversation with the festival is a meaningful one. I don’t see this as an attack. I appreciate their complex moral position.”

Edited Letter from Trengove to the organisers of the festival

It is with sincere regret that I have to inform you that I will not be attending TL​V​fest next week. In the last few days I have been approached by activist organisations as well as members of the South African film community​,​ urg​ing​ me to respect the cultural boycott against Israel, and specifically TLVfest​.​ With the pain of the apartheid struggle still fresh in our collective consciousness, the issue is, as you can imagine, a very sensitive one for many South Africans.​

The issue of pinkwashing has also been underscored to me. While I appreciate that the organisers ​of TLVfest ​may be well intentioned and progressive, it is impossible to look past the fact that the festival (and my participation in it) could serve as a diversion from the human rights violations being committed by the state of Israel.

I understand that it is very late for me to make such a decision, and for this I am sincerely sorry. It is out of naivety, and a desire for my film and the human issues it promotes to be seen as far and wide as possible, that I accepted your invitation several weeks ago. Unfortunately, knowing what I now know, I feel it is imperative that I withdraw myself from attending.

I also understand that the film has already been sold, not just for screening but also for Israeli distribution. ​I therefore accept that t​his is a situation that is out of my hands​,​ though my wish is that the film not be shown in Israel while current conditions persist.

I hope that you will accept my decision in the spirit that it is intended, which is not a personal attack on you or your team, but motivated by realisation of what deeply personal and political convictions require of me.

Letter from Yotam Cytter in response to John Trengove

My name is Yotam and I am part of the TLVFest team. Yair is at the Cannes Film Festival and he asked me to respond to your mail on his behalf.

I am sorry to hear that you want to withdraw your participation in the festival.

I am well aware of the BDS status against us. I am also well aware of the fact that our festival has no bias against Palestinian filmmakers. The festival does not “pinkwash” or represent the policy of any government. We strive toward equality and tolerance regardless of sexual orientation, gender, race, or political view.

The festival’s staff tries very hard throughout the year to screen LGBT films outside of Tel-Aviv, and we will be more than willing to screen them in Palestinian cities if this would have been possible.

Our one and only goal as a film festival is to expose the Israeli and Palestinian public to cinematic LGBT content.

We, also, screen films about the issue. Our opening film last year was Oriented, and this year we have Israeli-born Palestinian jurors who prefer to be presented as Palestinians. The festival has received a lot of criticism over the choice of opening the festival last year with a film that deals with Palestinian LGBT people.

We are searching each year for films about Palestinian LGBT people, made by Palestinians, just like we are searching for LGBT films of other minorities. This is not to say that we, at the festival, think that the situation of the Palestinians is in any way normal.

Although we have heard that the leaders of the BDS think that art has no power to change reality, we believe that art is the way to change the politics of this complicated place we’re living in. If art didn’t have this great power to change people’s views there wouldn’t be such outrage over films dealing with politics.

The claim that TLVFest is pinkwashing the suffering of the Palestinian people disregards the contents of the festival films. We do not deny being partially sponsored by the Ministry of Culture, but no international film festival in Israel can be held without their support. Unlike other countries it is impossible to have a festival without government support.

We also give the stage to our guests to express their opinions about the political situation between the Palestinians and Israelis and don’t shut down the criticising voices.

With all this in mind, we do respect your decision not to attend the festival. However, the program of the festival has already been printed, and we cannot withdraw the film from the festival.

In regards to the flight ticket, Sonya (cc here) will be in touch with you about the price of the ticket.

We wish you the very best and hope that in the future you will be part of our festival.

Response by Trengove to Cytter​

Let me reiterate that I have no doubt that your festival is a progressive and open-minded one. I have however come to believe that as long as current circumstances in Israel prevail, a rigorous boycott against ALL government funded initiatives is necessary. If nothing else, they are a way to signal to Israelis that the international community cannot condone what is being done in their name. As a South African, I have first hand experience of how boycotts helped bring about democratic transformation and therefore have decided to add my name and voice to the boycott Israel initiative.

If I may be so bold, would you consider NOT playing the film next Thursday night as advertised in your program and screening a video message recorded by myself instead? This, I believe, would send a clear message that TLVfest is tolerant of protest and not an instrument of pinkwashing as you say.

Thank you for responding, and hope to hear from you soon.