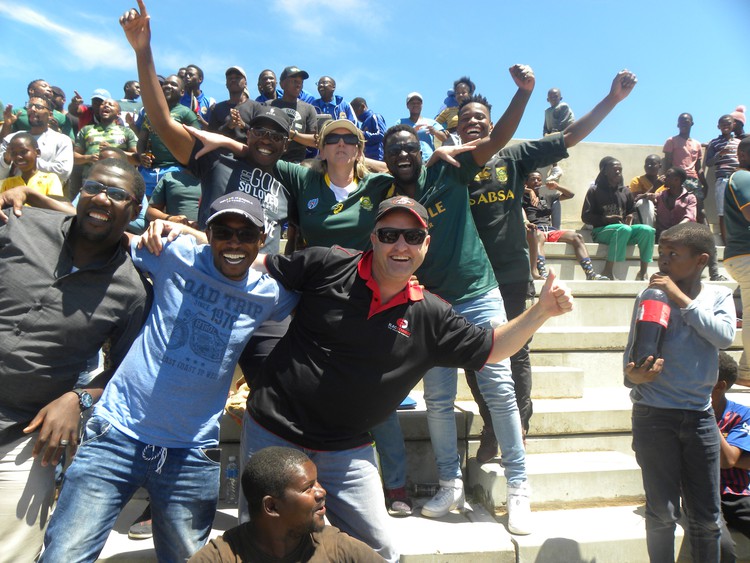 Black, white, immigrant and local – people from all walks of life gathered in Zwide Stadium to watch the Springboks win the 2019 Rugby World Cup. Sue Hagemann and Masakhane Mlamla are in the middle wearing the Springbok jerseys. Photo: Joseph Chirume 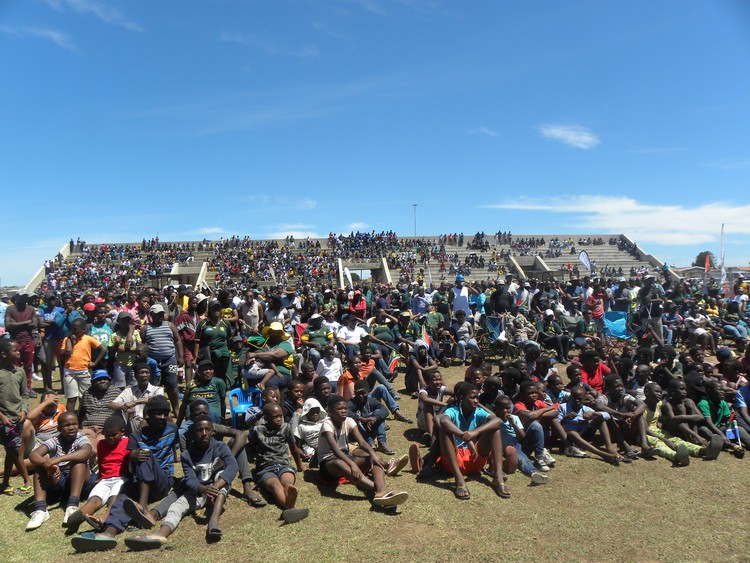 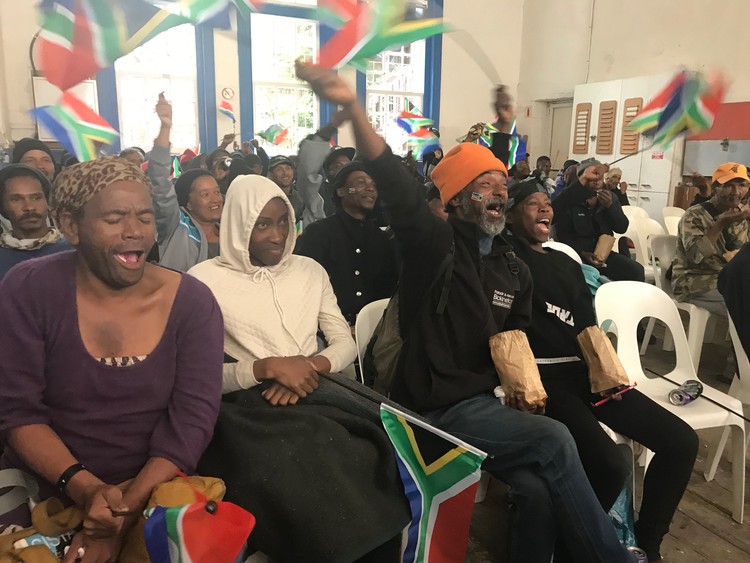