Rocky road ahead for minerals bill

Plethora of criticisms of the bill before Parliament, as well as procedural problems 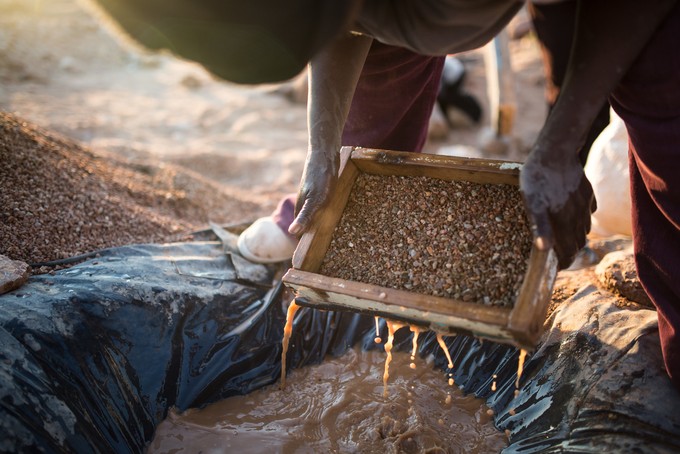 Lawmakers and civil society organisation have called for the scrapping of the controversial Mineral and Petroleum Resources Development Amendment Bill (MPRDA), cautioning that in its current form it runs the risk of landing up in the Constitutional Court.

Speaking at a public hearing on Tuesday called by the Select Committee on Land and Mineral Resources, the Centre for Environmental Rights (CER) was the latest organisation to suggest that this legislation should be returned. This is despite the fact that the protracted legislative process has been underway since the bill was first released for public comment way back in 2012.

This controversial bill has turned into something of a legislative nightmare, particularly since the President referred it back to Parliament in January 2015, after Parliament had passed it.

The President was advised that the MPRDA was flawed, in part because it may concede excessive decision-making powers to the Minister of Mineral Resources. Moreover, it may turn out to be in conflict with international trade agreements.

However, it was a lack of citizen participation that worried the President, and many other affected role-players, when it became clear the National Council of Provinces (NCOP) had played little to no role in drawing up the proposed legislation.

It was decided that what was needed was a citizen participation process driven by the NCOP, Parliament’s Chamber that deals with legal matters at provincial level.

It took a while, but the NCOP on Tuesday launched a series of public consultations to allow an opportunity for oral presentations and for the Committee to engage further with interested parties, a number of whom had made written submissions on the bill.

The MPRDA, however, could be getting itself into further legal tangles. As the NCOP’s committee hears more public submissions it may feel inclined to introduce proposed amendments.

But these cannot be heard when the bill returns to the National Assembly for a second vote because it may only consider the “substantive” concerns raised by the President, and not procedural matters like lack of citizen participation.

This is why law-makers are suggesting that the MPRDA be returned to the drawing board. It was one of the first concerns raised by the CER when it opened the Select Committee’s public hearings.

This is not the only problem facing the ill-fated MPRDA. Civil society has come out strongly condemning the bill for its lack of consultation with mining-affected communities, and the artisanal and small-scale miners who live near mines, all of whom are largely dependent on mining for their livelihoods.

Intended as a way of redressing the imbalances of the past and redistributing mining wealth in a way that could benefit local communities, it is generally accepted that the MPRDA has failed abysmally to achieve this.

It is now largely seen as legislation designed to advance the interests of big mining companies and the politically connected elite.

The new proposed amendments designed to meet the President’s concerns have drawn further ire from affected communities as well as civil and ecological groups who assert that the new amendments were formulated in consultation only with the oil and gas sector. The new proposals have become known as the “back door” amendments.

The Select Committee’s oral presentations got off to a slow start, with the non-appearance of critical role-players – the National Union of Mineworkers and the South African Mining Development Association.

The CER’s submission opened with a statement that to its knowledge there had been no negotiation with mining-affected communities and civil society organisations in amending the blll. It confirmed that its earlier objections had still not been addressed.

In its submission, the CER declared that “none of the issues raised by the community-based and civil society organisations during the hearings in the National Assembly were addressed in the new proposed amendments.”

“To the contrary,” said CER advocate Marthan Theart. “The new proposed amendments further dilute the right of communities to participate in the South African mining sector”.

For example, one of the proposed amendments is to delete a phrase in the original legislation singling out the need to protect the rights of “historically disadvantaged persons, including women” in these communities.

“As the extraction of minerals still does not adequately create opportunities for women and communities it is not justifiable, and no reasons have been given for this deletion.

“The need for women and communities to be the focus of opportunities and benefit sharing in the minerals sector is stronger today than it has been in the past.”

The CER was also concerned that the bill entrenches prospecting rights, possibly extending them beyond their original agreed time span. The result of this would be to prevent public intervention and participation for even longer periods.

This leaves it up to the Minister to decide if and when they are required to be upgraded, which CER said would have the effect of “exonerating holders of rights in terms of the MPRDA that are illegally conducting mining operations without environmental authorisations”.

The CER warned that this could have the effect of “lowering the standard of the environmental management of the extractive operations”.

Other than CER, the South African Oil and Gas Alliance (SAOGA) and the National House of Traditional Leaders were the only other stakeholders to present their submissions yesterday.

SAOGA’s concern was singly focused on its call for state support for onshore shale gas exploration. Drawing on the example of two USA states, it argued for the possibility of huge growth in development and employment opportunities, that is if the costly and protracted process of investigating its viability turned up cost-effective opportunities.

The Select Committee has scheduled two more days of public hearings to be held later in June.