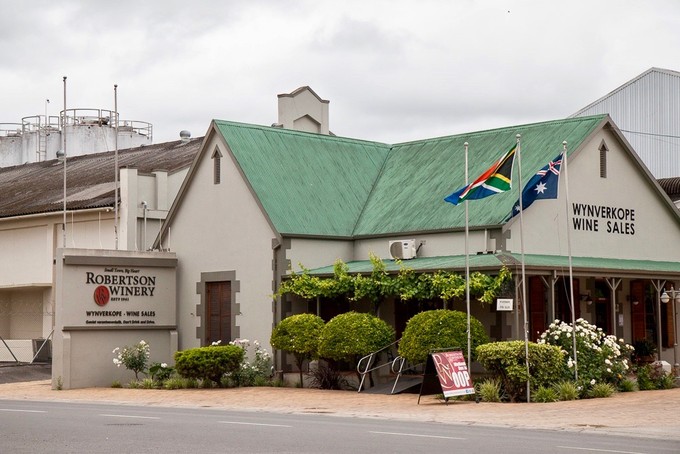 On Thursday, striking workers from Robertson Winery and surrounding farms marched to the company’s office. The workers have rejected the R400 pay increase offered by Robertson Winery’s management and are demanding a “living wage” of R8,500 per month.

The strike of about 200 Robertson Winery workers is in its 13th week.

CSAAWU representative Deneco Dube said three key demands were that the company sign a ‘peace clause’ undertaking not to victimise striking workers when they return to work, payment of the usual annual Christmas bonus, and backdated wage increases to May.

Dube said: “I think the company should be realistic and think of the future of both parties. As a union, we have managed to get back dignity for our people.”

HR Manager and Risk Officer at Robertson Winery Reinette Jordaan said that on 8 November negotiations came to an unexpected deadlock when the union “withdrew all agreements reached up to that point”.

“At that point, the CCMA withdrew from the proceedings, stating that they can no longer continue with a process where the union is not acting in good faith and that to continue would be a waste of taxpayers’ money.”

A worker, who did not want to be named, told GroundUp: “I hope the strike comes to an end. I recently got married and my wife who is working on a grape farm is not taking it well.”

Another worker said some frustrated long-time workers had resigned and claimed their benefits.

​CSAAWU is appealing for donations to support the striking workers.

Dube said that the few workers who had returned to work had first liaised with the union and “we acknowledged their circumstances”.

David Everson and his wife both work for the winery and they have two children aged 12 and 17 in school. They have had no income for three months. Their savings are finished. Their family members and friends are working on nearby farms and earn too little to help them.

Everson said: “We are struggling – borrowing, and friends giving us food here and there. We have also been receiving food hampers from CSAAWU, but the food is all used up.”

His main worry he says is people hounding him to settle his accounts. “I had to explain to my children that this year there is no Christmas goodies and clothes. They understand, hoping that we will get what we are fighting for.”

Sizwe Nxele said they were only asking for a living wage. He has four children. “The company is excelling and making a profit because of us … There is no peace at home. I am fighting all the time with the wife saying I should go back to work. But I refuse, saying my demands are not yet met,” he said.

A striking worker who did not wish to be named said that they are “mobilising other farm workers to join” the Commercial, Stevedoring, Agricultural and Allied Workers Union (CSAAWU). They are hoping that in January – grape harvesting time – union members will refuse to work for low wages.

“We hope other farmers will also increase their wages if they do not get enough people to pick grapes,” he said.

A worker accused the management of racism. “Clocking [in and out] is done by blacks and coloureds only. We get wet when it’s raining, standing in the queue to clock in and out. When we take breaks we should clock in and out again. In winter, we should arrive early for clocking. Blacks start work at 7:30am and finish at 5:30pm; whites start at 8am and depart at 5pm … A black mechanic is paid R8,000 and a white mechanic paid R18,000.”

Jordaan replied to GroundUp that any employee remunerated per hour had to use the clocking system.

“It is untrue that a distinction is made between black and white workers. Production hours differ from admin hours. Admin employees work from 8am to 5pm and production employees from 7:30am to 5:15pm,” Jordaan stated.