Rural Legal Centre accused farmer of not complying with law 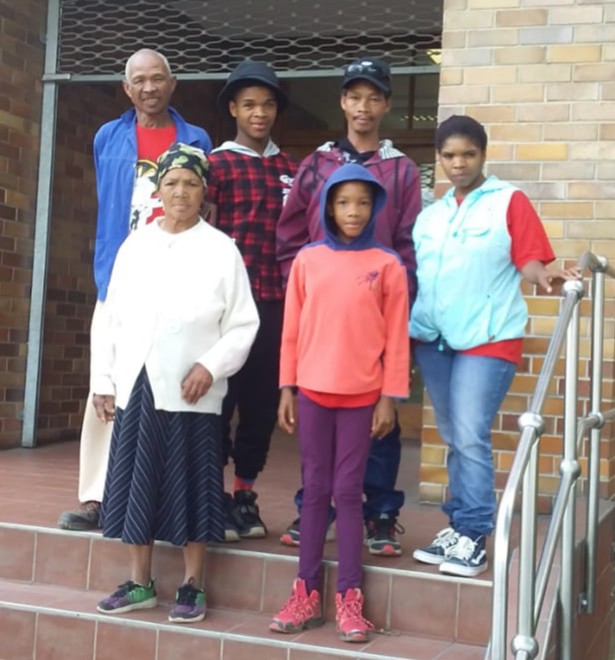 Karel Karelse, his elderly parents, his wife and their two children outside the Robertson Magistrates Court on Friday where their eviction hearing was meant to be heard. The farmer has been accused of not complying with eviction laws. Photo: Supplied

A Robertson farmer has applied for a protection order against members of the Rural Legal Centre for allegedly harassing and defaming him via email.

The legal services office, based in a small office in the township of Nkqubela on the outskirts of Robertson, offers advice and support to farm workers in surrounding areas. The office also houses the Commercial, Stevedoring, Agricultural and Allied Workers Union (CSAAWU).

In an affidavit to the Robertson Magistrates Court dated 31 March 2020, Theunis Swanepoel, who heads Appelsdrift Farm, accused Malizo Kwinana and other members of the Rural Legal Centre of defaming him and his businesses. Swanepoel filed an urgent court application for a protection order in terms of the Protection of Harassment Act. He wants the court to stop the Rural Legal Centre from “engaging or attempting to engage in conduct that will cause economic harm” to him or his businesses.

In his affidavit, Swanepoel states that during 2019, he instructed Wilna Roux Attorneys [second applicant in this case] to apply for an eviction order against his employee Karel Karelse and his wife Miriam Karelse. “On receiving a written settlement offer to possibly settle this eviction, the Karelse’s obtained advice and assistance from Kwinana [from the Rural Legal Centre]. A settlement was not reached and it became necessary to apply for an eviction order at court.”

Swanepoel said on 25 March he had received an email from Kwinana “accusing me and my business entities of illegally evicting people and fraud. The contents of the email are unfounded and untrue. This email was sent to several people defaming my good name as a farmer and businessman”.

The email sent by Kwinana on 25 March read: “Dirk Swanepoel Trust farm (Epic Fruit Exports) is evicting Mr Karel Karelse and family without following ESTA [Extension of Security of Tenure Act] law. The farm informs consumers that their compliance with the ethical standards (sic) this kind of behaviour is totally bad.”

Wilna Roux Attorneys responded on 26 March on behalf of Swanepoel, warning the Centre to stop defaming their clients and to direct any future correspondence through the firm.

Swanepoel said Kwinana had ignored this instruction and responded on 27 March “stating that he had referred the matter to local and international media and accused us of not following legislation and more specifically that he strives to shut down our operations”.

He asked the court to grant the order against “unreasonable conduct” which led him to believe that he might suffer “severe economic loss” if the Centre continued to spread “unfounded and untrue correspondence to the media and the public”.

“It is my belief that this conduct is in order to get us to stop the eviction order against the Karelses,” Swanepoel said.

The case against Kwinana and the Centre is expected in court on 4 June.

As for the eviction case, it was due to be heard on 17 April, but following the announcement by Justice Minister Ronald Lamola that no evictions would be carried out during the Covid-19 lockdown, the Karelses are yet to receive a new date to argue against their eviction.